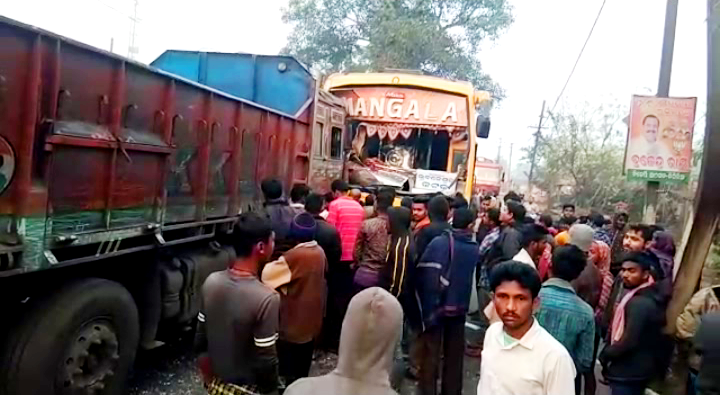 Cuttack: At least seven persons were injured after a private bus had a head-on collision with a truck on NH-55 at Khuntuni Bazaar here in wee hours today.

Sources said a private night bus en-route to Bhubaneswar from Khariar area of Nuapada district collided head-on with a truck at Khuntuni Bazaar here at around 5 AM today.

On receiving information, police along with an ambulance team rushed to the spot and admitted all the seven injured, including drivers of both the vehicles, to Athagarh hospital. Two of them were later shifted to SCB Medical College and Hospital here as their condition deteriorated.

Meanwhile, the police began an investigation into the incident.

Kamal Nath to be next Chief Minister of Madhya Pradesh