Bus conductor thrashed for misbehaving with college girl in Odisha 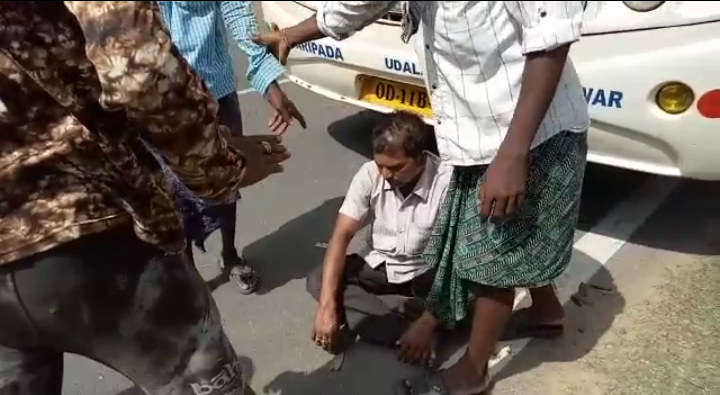 Nilgiri: A bus conductor was thrashed by locals for allegedly misbehaving with a college girl inside the bus while she was returning home.

The accused was identified as Pradip Sahu, a bus conductor.

The incident was reported from Chapal Sahi under Nilgiri block in Balasore district on Sunday.

According to reports, Sahu allegedly misbehaved with the college girl while she was travelling in a private bus from Cuttack to Nilgiri yesterday. Without shouting inside the bus, the girl alighted at Panikoili Chhak where she informed about the incident to her family members over phone.

The irate mob stopped the bus at Chapal Sahi Chhak on Nilgiri-Baripada road and thrashed the bus conductor for misbehaviour with the girl.

The situation turned violent when the victim reached the spot few hours later the incident in another bus.

Police rushed the spot on receiving information from the locals and rescued the accused. After recording statement of the victim, the police began probe into the incident.

Odisha youth beaten up by college girl for ‘chain…