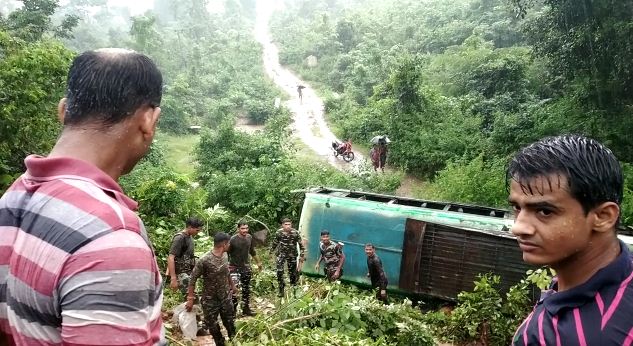 Phulbani: A bus fell off a bridge at Daduma ghat near Adari under Kotagarh block of Odisha’s Kandhamal district today leaving more than 30 passengers injured.

According to reports, the ill-fated bus, carrying 50-60 passengers, was heading towards Jubaguda from Kotagarh when the driver of the vehicle lost control over the wheels, following which it fell off the bridge.

The injured ones were admitted to the Kotagarh hospital while those who sustained critical injuries were shifted to the Baliguda sub-divisional hospital.

Reliance JIO sprints to a crore mobile subscribers in Odisha