ODISHA LATESTSTATE
By Biswajeet On May 23, 2017 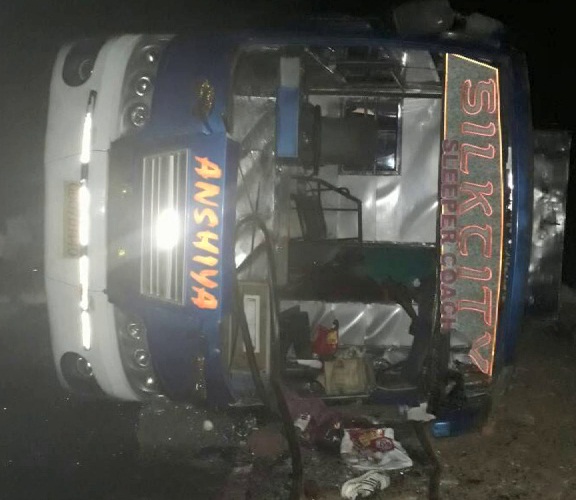 Over 15 persons were injured with two of them sustaining grievous injuries as a bus in which they were travelling overturned on NH-157 near Ranipathar Ghat in Odisha’s Kandhamal district late last night.

According to reports, the ill-fated vehicle, which was on the way to Rourkela from Berhampur, lost control and turned turtle at the ghat.

While the two critically injured persons have been admitted to MKCG Medical College and Hospital in Berhampur, others are undergoing treatment at Kandhamal district headquarters hospital.

Rs 10 lakh looted from trader at gunpoint in Odisha; 3 arrested