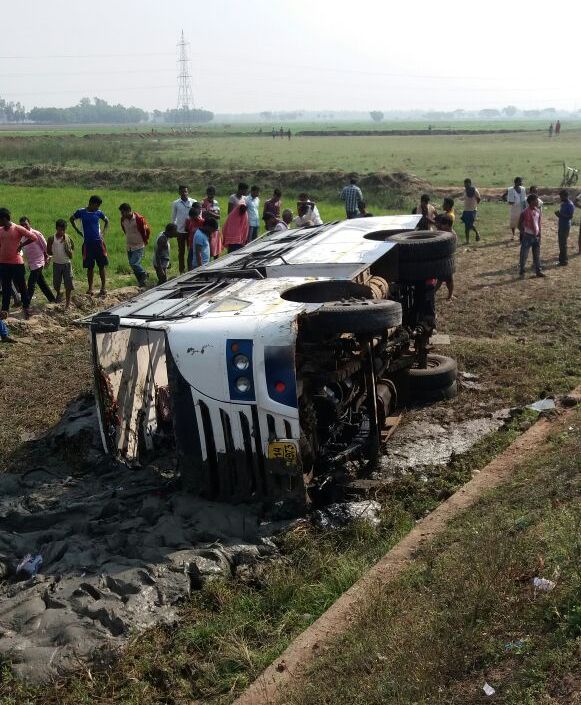 Puri: Over a dozen passengers were injured after a bus overturned on new Jagannath Sadak here this morning.

According to reports, the private bus (with the number 0R 14 F 4973) travelling from Puri to Nirakarpur overturned on new Jagannath road under Satyabadi police limits injuring at least 15 passengers.

On being informed about the incident, police with help of fire services officials rescued the injured passengers and admitted them to three different hospitals.