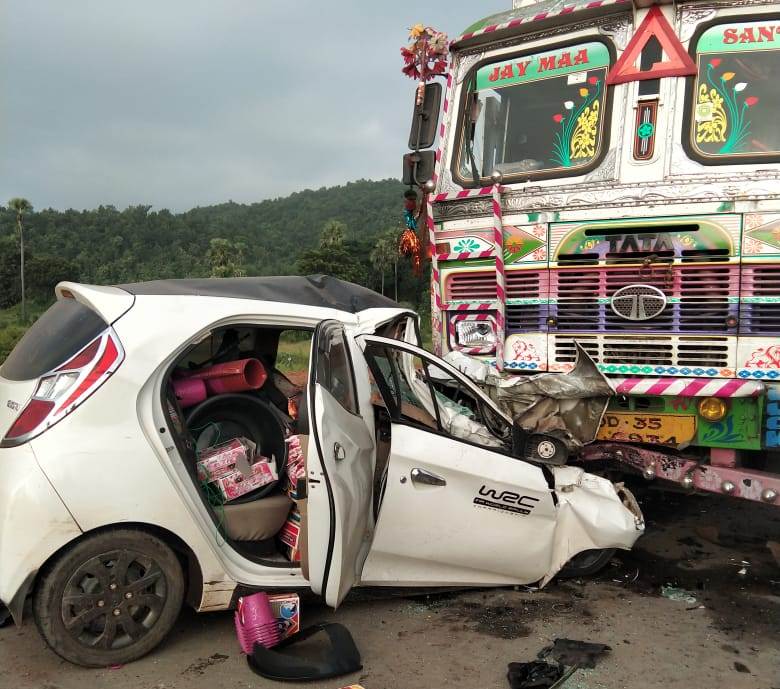 Angul: A head-on collision between a truck and a car on NH-55 near Pagabandha under Handapa police limits in Odisha’s Angul district killed a businessman and left his brother critically injured.

The deceased has been identified as Deepak Swain, an incense sticks trader of Bhadrak district. His brother Debabrata Swain has been hospitalised.

According to reports, both were heading towards Sambalpur from Bhadrak in a car when a speeding truck dashed against the vehicle killing Deepak on the spot.

On being informed, police reached the spot, rescued the injured one and admitted him to hospital for treatment.