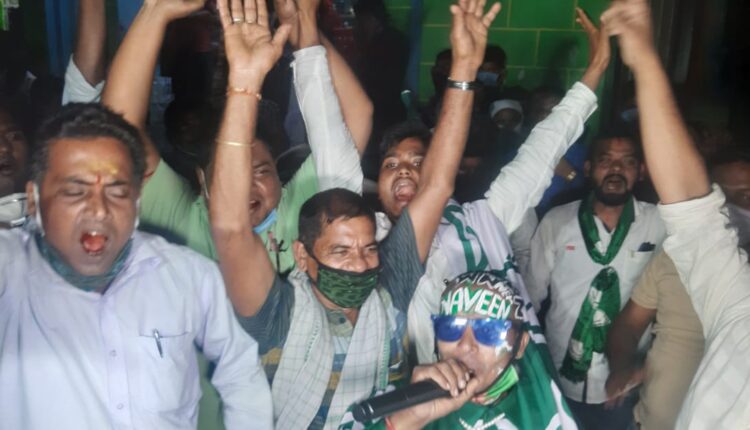 Bhubaneswar/Balasore/Tirtol: BJD workers danced to the beats of drums, exchanged sweets and blew conchs at the party offices to celebrate the party’s impressive win in the bye-polls to Tirtol and Balasore Sadar Assembly constituencies. Waving the BJD flag the party workers unanimously said it was the victory of the leadership of the Chief Minister Naveen Patnaik.

A worker of BJD said voters of the Tirtol Assembly constituency reposed their faith once again on the party whereas the regional party managed to snatch the Balasore Sadar Assembly seat from BJP.

Bijaya Shankar garnered a total of 88,310 votes whereas his nearest rival Rajkishore got 46,607 votes during the bye-poll.

During the 2019 general polls, BJD leader Bishnu Charan Das had won from the Assembly seat. The bye-poll was necessitated following the demise of Bishnu Charan.