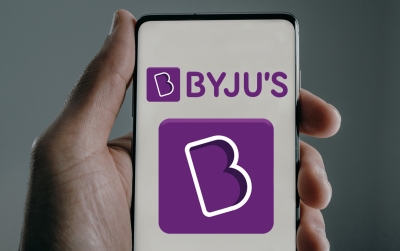 People close to the development told IANS that BYJU’s paid the remaining dues to Blackstone within the extended deadline that ended on September 23.

According to BYJU’s financial report FY21, “as per the terms of the agreement for acquisition of Aakash Educational Services, consideration to the extent of Rs 1,983 crore was due to be paid by the company to the sellers in June, 2022. This has been deferred to September 23, 2022”.

Blackstone has nearly 38 per cent stake in Aakash and BYJU’s has paid nearly 75 per cent of the Aakash acquisition amount.

Last month, BYJU’s said it had closed the $1 billion acquisition of offline test preparatory services provider Aakash, one of the largest deals in the edtech space.

The edtech major’s Founder and CEO Byju Raveendran told IANS last week that the $22 billion company is consolidating the loss-making acquisitions and optimising the rest and there is only “growth ahead” as seen in the company’s FY22 financial results.

Raveendran said the core education business is doing excellent and the company has a healthy cash reserve of more than $1 billion.

He said that loss-making acquisitions like WhiteHat Jr, the beleaguered coding platform BYJU’s acquired for $300 million, are now being consolidated.

In 2007, he founded the test preparation business Byju’s Classes, and in 2011 Raveendran founded BYJU’s with his wife, Divya Gokulnath.

“From here on, we will double down on growth as our core business is booming. Both Aakash Institute and Great Learning are doing excellent and have doubled their revenues,” Raveendran said.
(IANS)