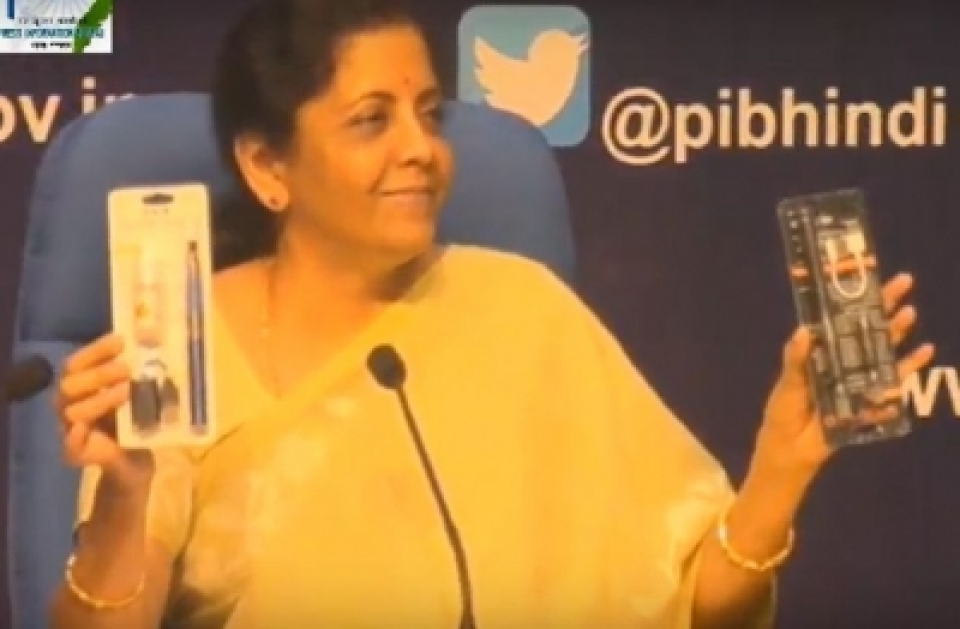 New Delhi: The Union Cabinet on Wednesday approved a blanket ban on e-cigarettes in the country with complete suspension of its manufacturing, import, export, distribution and storage.

Addressing the media after the cabinet meeting, Finance Minister Nirmala Sitharaman said the government would pass an ordinance immediately subject to President’s approval to give effect to the ban. The government would introduce a bill in Parliament in the winter session, she said.

She said all offences such as import, export and distribution, except storing e-cigarettes and vaping products are cognizable.

E-cigarettes do not burn tobacco but heats the liquid chemicals into vapour or steam that a person inhales. This is the reason it is also called vaping. E-cigarettes are considered harmful to health.

Sitharaman said that currently, though no Indian company was manufacturing e-cigarettes, some 400 brands were already operating here offering the product in 150 flavours.

Python trapped in fishing net rescued from pond in Odisha

MGNREGA wage hiked by Rs 20/day, farmers to get Rs 2k each…