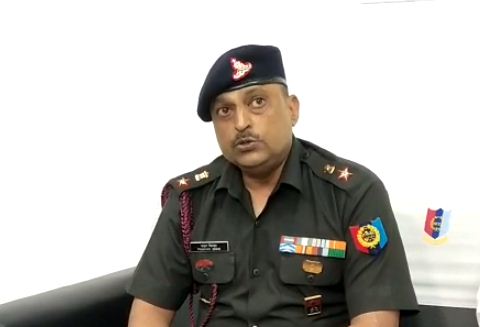 Cuttack: Rubbishing media reports that claimed a cadet drowned in a swimming pool during a training session here yesterday, the NCC authorities today claimed that the boy suffered epileptic seizures soon after he came out of the pool.

Colonel Prakhar Sinha of NCC said cadet Swapneswar Das, a Plus III Second Year student of Netaji Memorial City College, was rushed to the City Hospital after he suffered seizures. However, he was declared dead-on-arrival by the doctors.

“The cadet came out of the swimming pool after completing the training session at 11.15 am yesterday. But his condition was found unstable at 11.20 am and he was rushed to the hospital, where doctors declared him brought dead. He might have died due to some pre-existing medical condition. An FIR has been lodged in this regard,” Sinha added.

Dr. Jayanta Panda of NCC said the training camp was organised for a naval expedition in Chilika lake. “The deceased cadet completed the training session successfully. But he collapsed due to the seizures after coming out of the pool. Doctors at City Hospital tried to resuscitate him but failed,” he added.

Panda further revealed that the cadet had a clean medical record. “I have gone through the cadet’s medical record. It was fine. He might have suffered exhaustion during the training session. But there is very little chance of exhaustion triggering seizures and cardiac arrest in a person, who does have any heart-related ailments. We are waiting for the postmortem report to ascertain the exact cause of his death,” Panda said.