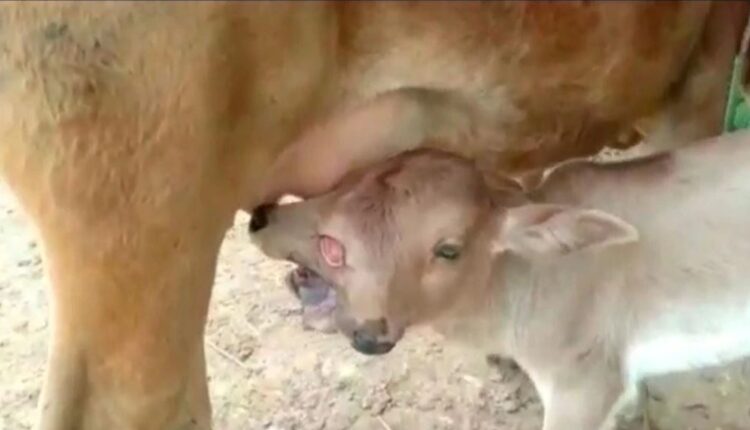 Bhubaneswar: Residents of Bijapur village under Kumuli panchayat in Nabarangpur District have been making beelines to farmer Dhaniram’s house in the village ever since a calf was born to his cow.

They are worshipping the baby cow as an avatar of Maa Durga as she was born with two heads and three eyes on the occasion of Navaratri.

The cow bought by Dhaniram two years ago got pregnant recently. When the bovine went into labour and faced trouble in delivering, Dhaniram took a closer look and found that the calf has been born with two heads and three eyes.

Family members of Dhaniram said as the baby cow could not drink milk from its mother, they are feeding the calf with milk purchase from outside.

A villager said people are considering the unusual calf as an avatar of Goddess Durga and worshipping it. After placing the calf with its face towards the south, the villagers are offering prayers to the animal.