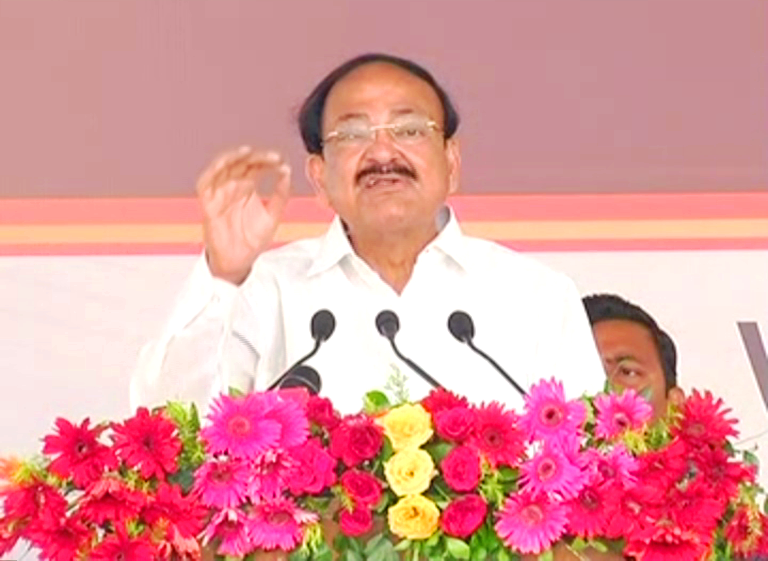 Bhubaneswar: Follow your mother tongue and call your mother as ‘Maa’ instead of ‘Mummy’. This was one the five ‘Guru Mantras’ of Vice President M Venkaiah Naidu to students at the Sai International School here today.

Naidu, who began his speech wishing the people of Odisha on Utkala Dibasa in fluent Odia while delivering the 10th foundation lecture at the school, called upon the students to promote and propagate their mother tongue.

He said, “Mother tongue is like eyesight and other languages are just spectacles. If you don’t have the eyesight, you cannot improve even if you wear ‘Ray-ban’ glasses. Learn as many languages as you can. But never forget your mother tongue,”

The five ‘Guru Mantras’ given by Naidu to students for a successful life are: 1-Never neglect your parents 2- Never forget your native place 3- Promote, propagate and speak in mother tongue only at your home 4- Remember your your motherland irrespective of caste, creed and religion 5- Always remember your ‘Guru’as they can not be replaced with Google.

The veteran leader also stressed on the need for education on the culture and tradition of the country.

He said  “It is irony that even after independence, we have not given importance to go back to our culture, our history and rewrite the Indian history books as per actual happenings of the country. Time has come that the Governments at the Centre and in States as well as all stakeholders, who decide the school curriculum, should pay attention on this vital aspect.”

No nation or state which can not remember its past can move forward, Niadu added.

When ‘Bande Utkala Janani’ was sung at the foot of Burj…