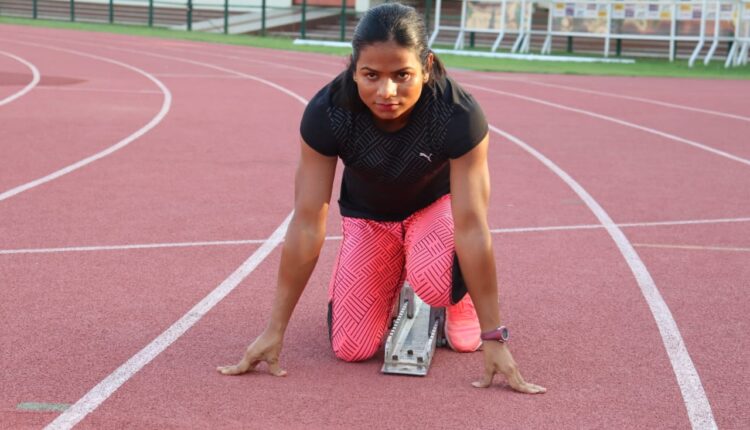 New Delhi: National 100m record holder Dutee Chand, who was recently conferred the Arjuna Award, is eagerly waiting for the track and field competitions to resume so that she could test her fitness, something that she has been working on since the resumption of training activities after the Covid-19 induced break.

“I have started my training a long time back and I am feeling fit. I have been preparing for events as and when they happen,” Dutee told IANS on Tuesday.

“Currently, I am waiting for the competitions to take place. Only then can I exactly know how my fitness is because it will only then that my body would be put to test. Accordingly, I will work more on my fitness to give my 100 per cent and give my best at competitions,” said the Odisha born-athlete.

The 24-year-old sprinter holds the distinction of being the third ever Indian woman athlete to qualify for the women’s 100 metres event at the Summer Olympic Games in 2016. However, in the Rio Games, her 11.69s in the preliminary round was not enough to qualify for the next round.

Before the coronavirus pandemic hit the world this year, Dutee was focussing on bringing her speed down to 11.15s, which is the 2020 Olympics qualification mark in 100m. She clocked 11.22s in Ranchi and broke the national record but was still a fair distance away from securing an Olympic berth.

“I was preparing for the Tokyo Olympics, but then it was announced that due to the pandemic the entire country is going under lockdown,” she had told IANS in May.

It was a mixed feeling for Dutee when Tokyo Olympics was finally moved to 2021. She had also revealed taking a big financial hit because of the postponement and also how she had to do it all over again to reach the place where she was before coronavirus hit the globe.

“When the Olympics got postponed I felt sad as I had prepared really hard for it. Financially, also I took a hit as I had invested around 30 lakh on my training from October to February,” Dutee had said.

“I had plans to go Germany to prepare for the Olympics — three months training and then the competition. But because of coronavirus I had to cancel all such plans. I will have to start my training from scratch now,” she added.

Since coming out as India’s first gay athlete last year, Dutee has been openly lending her support for the LGBTQ+ community and has been urging people to show courage in the face of societal taboo and love anyone regardless of their caste, gender, or religion.