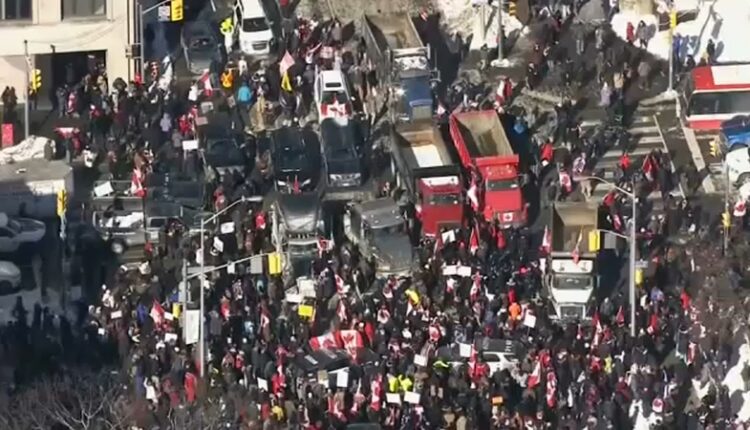 New Delhi: The mayor of Canada’s capital Ottawa has declared a state of emergency in response to more than a week of truckers’ protests against Covid restrictions, BBC reported.

Jim Watson said the city was “completely out of control”, with demonstrators outnumbering police.

He said the protests posed a threat to residents’ safety. There have also been reports of racial attacks. Ottawa’s centre has been paralysed, with vehicles and tents blocking roads, the report said.

The “Freedom Convoy” was sparked by the introduction last month of a new rule that all truckers must be vaccinated to cross the US-Canada border, but the protests have morphed into broader challenges to Covid health restrictions.

The protesters have since gathered in downtown Ottawa near Parliament Hill, and their demands have grown to include ending all such mandates nationwide and opposing the government of Prime Minister Justin Trudeau.

Speaking to Canadian radio station CFRA, Mr Watson said the protesters were behaving increasingly “insensitively” by continuously “blaring horns and sirens, [setting off] fireworks and turning it into a party”.

“Clearly, we are outnumbered and we are losing this battle,” he said, adding: “This has to be reversed – we have to get our city back.”

Let him swear on God that he is not father of my son: Middle-aged woman challenges BJP MLA

Statue of Equality inaugurated by PM Modi is ‘made in China’