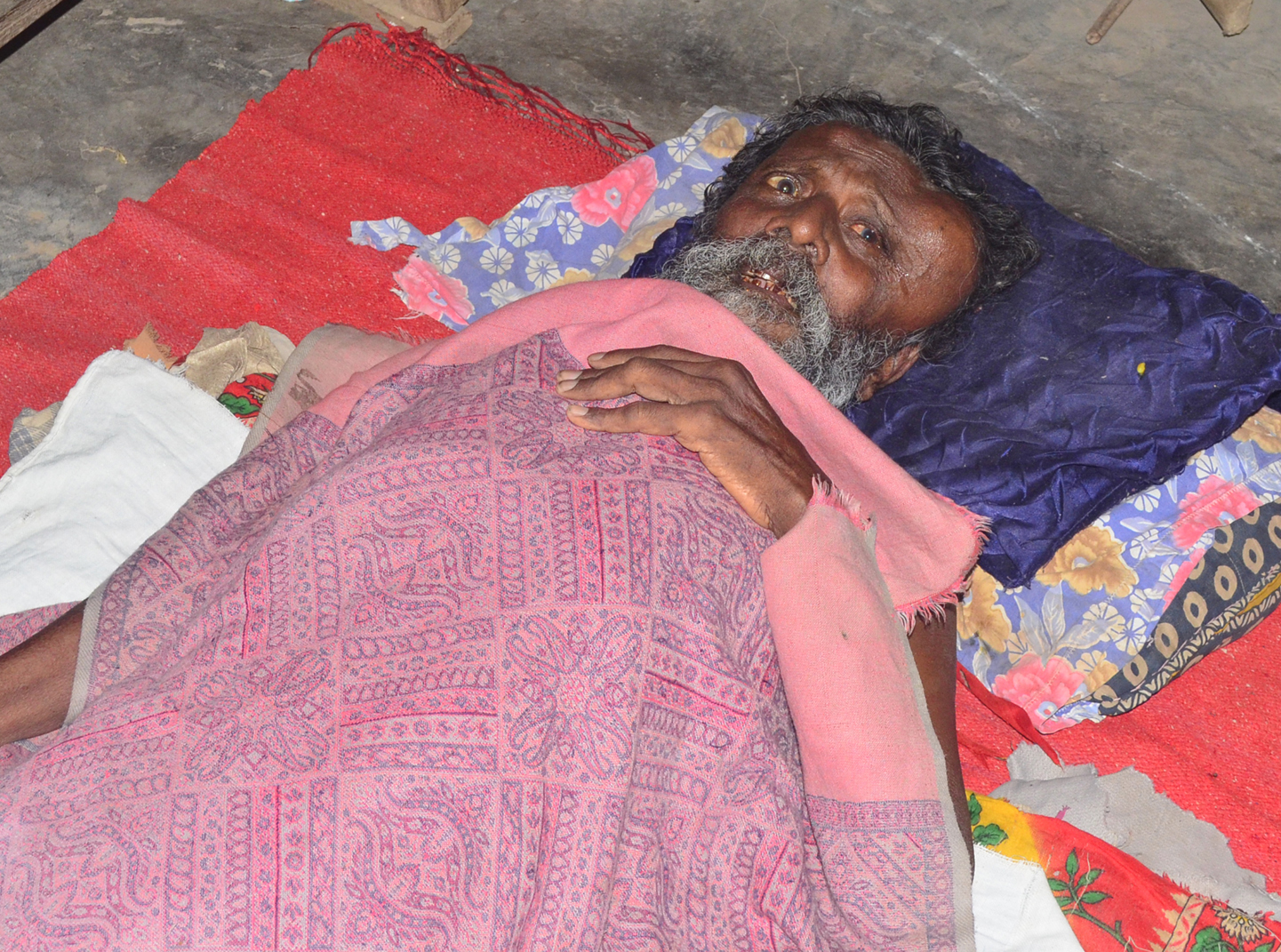 Expressing inability to bear the expensive treatment, the patient’s wife met the Sambalpur Collector Samarth Verma on Tuesday and submitted a hand written application appealing him for euthanasia.

“My husband does not want to live anymore because he is bleeding and half of his body has been decayed. Therefore my husband has urged for euthanasia. I request you to grant justice and allow euthanasia,” wife Bhama Pattnaik said in the application.

According to reports, the rickshaw puller Hadu Pattnaik has been suffering from brain cancer in the past eight months. The 65-year-old Hadu resides with his family in a slum near Hirakud Colony Rotary Club in Sambalpur town.

After Hadu was diagnosed with brain cancer, it was difficult to manage the family and entire burden was on his wife Bhama, who works as a domestic help and the earning is very little to treat the cancer patient.

Bhama in the letter said that he used to work as a domestic help and earn very little. Her younger son died four years back due to jaundice and his three children are staying with the couple.

The letter said that Hadu was taken to VIMSAR in Burla for treatment but the hospital authorities returned him saying that he cannot be treated there.

Meanwhile, the district administration has sanctioned Rs 30,000 from Chief Minister’s Relief Funds soon after receiving the application for the treatment.

Sambalpur Collector Samarth Verma has assured her to provide all kind of assistance for the patient’s treatment.

A special team of doctors will visit the patient’s house to assess the condition of Hadu, who has appealed for euthanasia through his wife. All possible steps will be taken for treatment of the patient, Verma said.