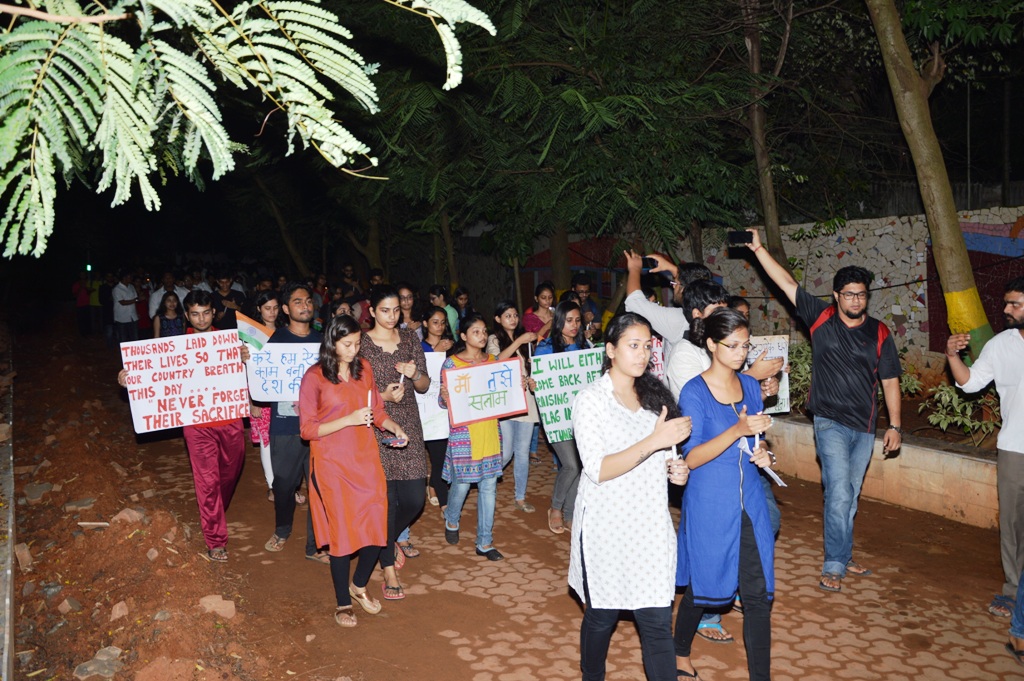 Students of School of Law, KIIT University organised a candle march followed by a condolence meeting in memory of the martyred Commander Commandant Pramod Kumar.

Commandant Pramod was the Commanding Officer of 49th Battalion CRPF. He made the supreme sacrifice for the nation in Nowhatta Jammu and Kashmir on 15th of August 2016.

He was a brilliant officer and had received the Director General’s Commendation letter. He was also deputed in the SPG in Prime Minister’s Security. Pramod Kumar left his wife Neha, 7-year-old daughter Aarna and his old father.

The event was attended by T. N. Khuntia, DIG GC, CRPF Bhubaneswar along with S.K. Tigga, DIG, CRPF (who was also posted in Kashmir for some time) and an Assistant Commandant of the CRPF battalion stationed at Bhubaneswar.

All the officials of the CRPF and KIIT University and more than 500 students of the School of Law paid their tributes to the martyred IPS officer.

The candle march was followed by a video made by the School of Law students in memory of the martyred commander.

Yet another infant branded in Odisha, hospitalized