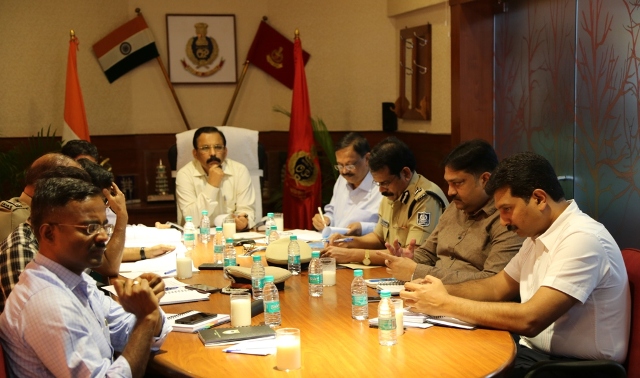 Cuttack: In view of Maoist menace, the Central Armed Police Forces (CAPF) personnel will be deployed in Maoist-hit areas and sensitive booths for smooth conduct of third phase polls in Odisha.

This was decided at poll security review meeting chaired by the DGP in-charge BK Sharma on Saturday ahead of the third phase elections, which will be held on April 23 in 6 Parliamentary constituencies and 42 Assembly segments.

Maoist-hit areas to get more post offices in Odisha

Sharma reviewed the security arrangements for third phase elections and discussed with two DCPs, IGs, DIGs and SPs of 12 districts via video conferencing from Odisha Police headquarters in Cuttack.

He directed the SPs to prepare a detailed plan for deployment of CAPF personnel at areas affected by Left Wing Extremism and sensitive booths. The Central forces will also conduct domination exercise to avoid any untoward incident during the polls.