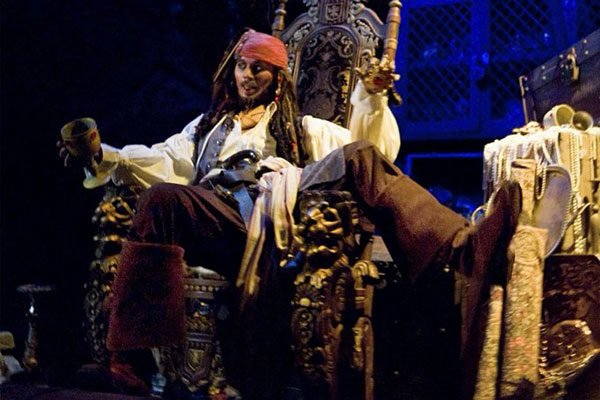 Los Angeles: Before the fans get all excited, it’s the Captain Jack Sparrow attraction that has reopened at Disneyland for enthusiastic fans — after a few technical hiccups, reports ‘Deadline’.

The ride, which was installed at the theme park in 1967, was closed for refurbishment on March 14 and was originally scheduled to reopen in “summer 2022”, and then July 1.

Disneyland dropped the rope, according to ‘Deadline’, on Friday (Pacific Standard Time) and fans were there en masse to experience the revamp.

First impressions are that little has changed beyond maybe some sound improvements and a bit of cleanup. That’s notable since the attraction’s main attraction, Johnny Depp in the form of Captain Jack Sparrow, has been through a few things during the closure.

Questions have swirled about Depp’s future as a franchise star and, while the jury is still out on another Pirates film — or whether he’d even want to do one — Disney could have easily taken this opportunity to excise the star from the classic ride, but it didn’t.

Five years ago ahead of the release of ‘Pirates of the Caribbean: Dead Men Tell No Tales’, Depp himself popped up in full Captain Jack costume and makeup at several points along the ride’s path to surprise fans.

‘Deadline’ noted that the ride reportedly reopened an hour late today with a 45-minute wait. One reason the ride seemingly closed was for park officials to rework the area around it for better crowd flow around the attraction, which frequently creates bottlenecks outside the gates.