Captured IAF pilot must be treated humanely as per Geneva Convention 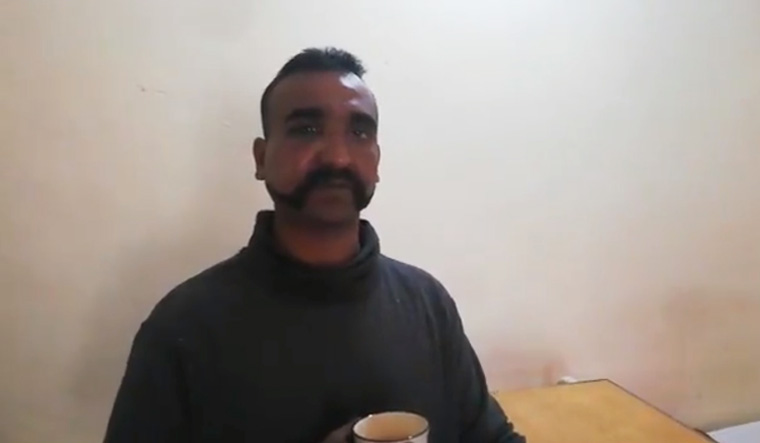 New Delhi: After an Indian Air Force (IAF) pilot was captured across the LoC, India strongly objected to Pakistan’s “vulgar display” of an injured personnel as violation of all norms of the Geneva Convention and warned that no harm should come to him.

Soon after Pakistan claimed it had captured an IAF pilot, it released a video in which Wing Commander Abhinandan Varthaman was seen blindfolded and with his hands tied behind his back. Later, another video was released where he was seen answering some questions and saying he was being looked after well after he was taken into custody by Pakistani troops.

According to the Geneva Convention, the IAF pilot has to be treated as a prisoner of war (POW) and must be released once hostilities between both sides end. The Convention’s Article 4 defines a POW as member of the armed forces of a party who falls into the hands of the adverse party during an international armed conflict and it provides a wide range of protection for them including defining their rights.

It also sets down detailed rules for their treatment and eventual release.

The rules protecting POWs state that they cannot be prosecuted for taking a direct part in hostilities and that “their detention is not a form of punishment, but only aims to prevent further participation in the conflict”. They must be released and repatriated without delay after the end of hostilities.

Article 13 of the third Geneva Convention states that POWs must at all times be humanely treated and any unlawful act or omission by the detaining power causing death or seriously endangering the health of a PoW in its custody is prohibited, “and will be regarded as a serious breach of the present Convention”.

It adds that POWs must at all times be protected against acts of violence or intimidation, and against insults and public curiosity. POWs cannot be subjected to physical or mental torture to secure information of any kind.

“The power detaining prisoners of war shall be bound to provide free of charge for their maintenance and for the medical attention required by their state of health,” says the Article 15 of the Convention.

Article 17 states that every POW, when questioned on the subject, is bound to give only his surname, first names and rank, date of birth, and army, regimental, personal or serial number, or failing this, equivalent information. In the videos released by Pakistan, the IAF officer is seen following this norm.

Heavy firing across LoC in Poonch