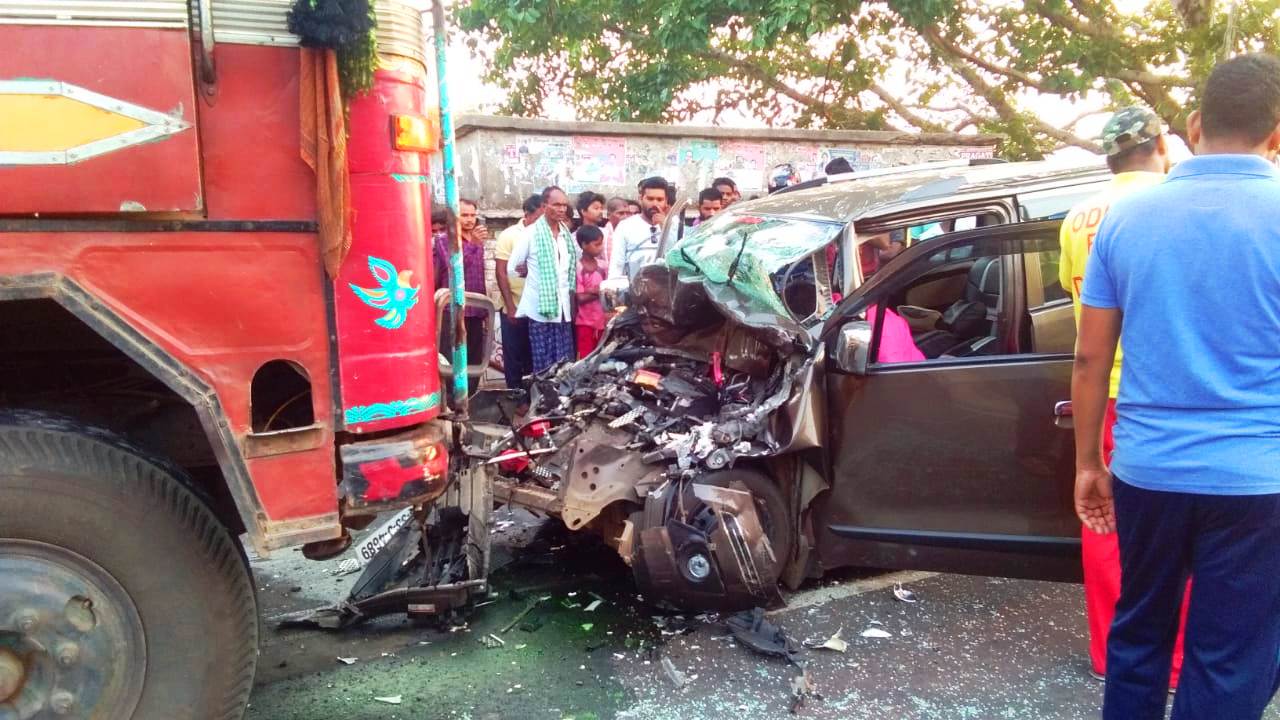 Kalahandi: A fatal road mishap shattered a family of Khurselguda village under Junagarh block in Kalahandi district after five of its members, including two kids were killed in a collision between a car and a truck near Jaring on NH-26 late last night.

As per reports, the family was returning to their village from Visakhapatnam when the car they were travelling in had a head-on collision with a truck near Jaring. All the five members of the family died on the spot.

The deceased have been identified as Asutosh Behera, his brother Jagannath, son Vicky, daughter-in-law Nivia and his two granddaughters.

five of a family killed in road mishapKalahandiKalahandi road mishapo

ASI apologises for damage to Srimandir’s idols during cyclone Fani