Car plunges 40 feet off bridge in Odisha; one dead 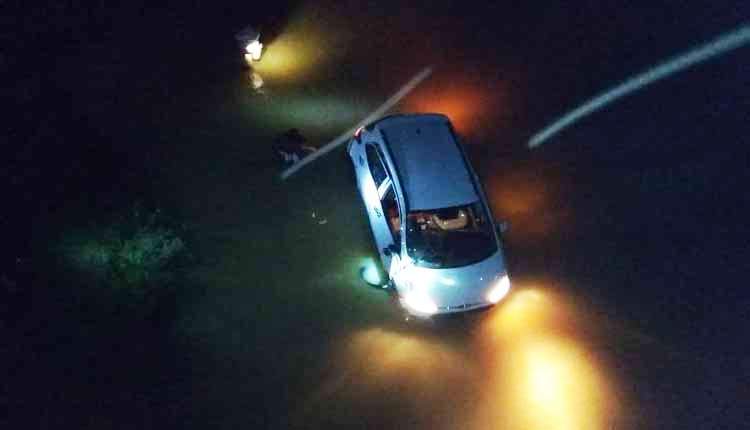 Angul: A car en-route to Khamara under Chhendipada police limits in Angul district fell around 40-feet off a bridge at Kunjam under Pallahara block last night. A youth, who was driving the car, died in the mishap.

The deceased has been identified Jayanta Pradhan, a businessman, of Parabil village in the district.

Sources said Jayanta was travelling towards Khamara from Injidi in the car when he lost control over the vehicle, following which it fell off the bridge. Even though the land under the bridge was submerged with 3-feet water, Jayanta died on the spot.

Some passerby spotted the car with its lights on and called up police. The Khamara police reached the spot and began a probe into the incident.