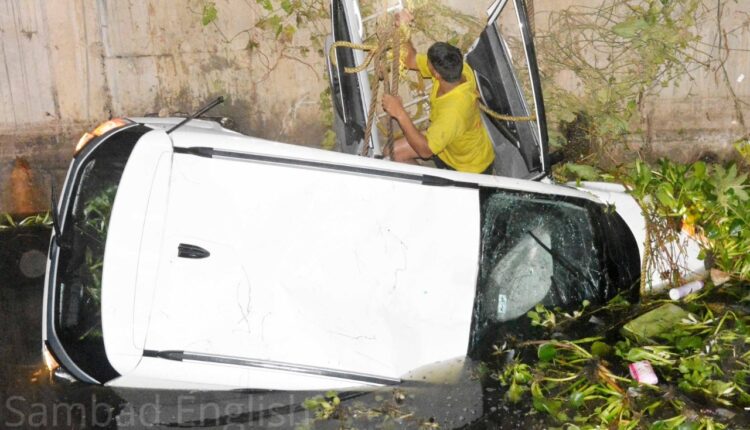 Cuttack: A car plunged into a drain at Andarpur under Chauliaganj police limits in Odisha’s  Cuttack city today injuring the driver of the vehicle critically.

According to reports, the ill-fated car bearing registration number OD 05 AP 5375 fell into the drain as the driver lost control over the wheels.

On being informed about the mishap, Fire Services personnel rushed to the spot and rescued him. He was shifted to a hospital by an ambulance.

The driver was the sole occupant of the vehicle.