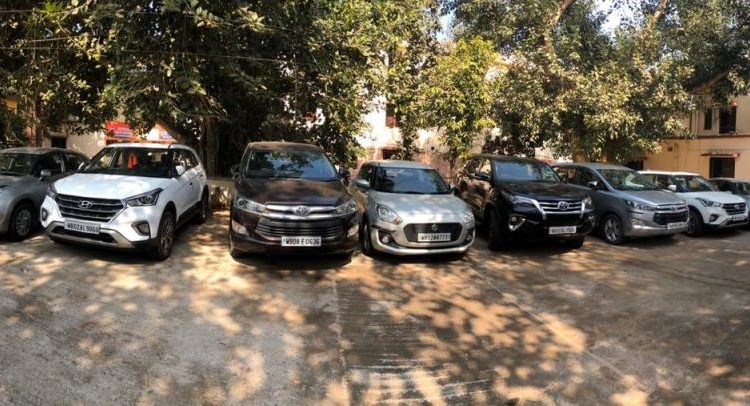 The accused persons have been identified as Chinmay Sahoo and Gopal Mohanty. The duo was residing at Sainik School and Jharpada area respectively in Bhubaneswar.

The duo was allegedly involved in selling the theft cars in Odisha and other states including West Bengal.

According to reports, Chinmay and Gopal, two technically qualified youth, were earning crores without investment since a long time. They were looking for vehicles of same models after theft and later preparing fake documents by getting details of the vehicles and owners from mParivahan website.

The duo was tactfully removing the engine chassis number of the stolen vehicles and selling those with other registration numbers in Odisha as well as in Kolkata, police source said.

The matter came to fore after a police official was duped of Rs 8 lakh by one of the accused persons.

Reports said that Khandagiri Police Station ASI Sanjay Kumar Shandh had bought a vehicle (Toyota Innova Crysta) from Chinmay. However, the accused youth fled after receiving advance amount of Rs 8 lakh without giving any documents of the vehicle.

After a few days, the police official lodged a complaint at the Laxmisagar Police Station.

During the probe, the police came to know about car theft racket following information from a car servicing centre personnel.

Source said that an owner of a theft car had given his vehicle to a servicing centre in Bhubaneswar for servicing recently. One of the staff of the centre informed the police suspecting the vehicle to be a stolen car after seeing its number.

Based on information, police expedited the probe to nab the culprits. A special squad of Laxmisagar police nabbed the two accused persons and later forwarded them to a local court yesterday.

During investigation, police ascertained the mastermind of the racket in Kolkata.

All 8 vehicles seized from possession of two arrested persons carry registration numbers of West Bengal. The Commissionerate police source said that a number of vehicles will be seized after arrest of the mastermind in Kolkata.