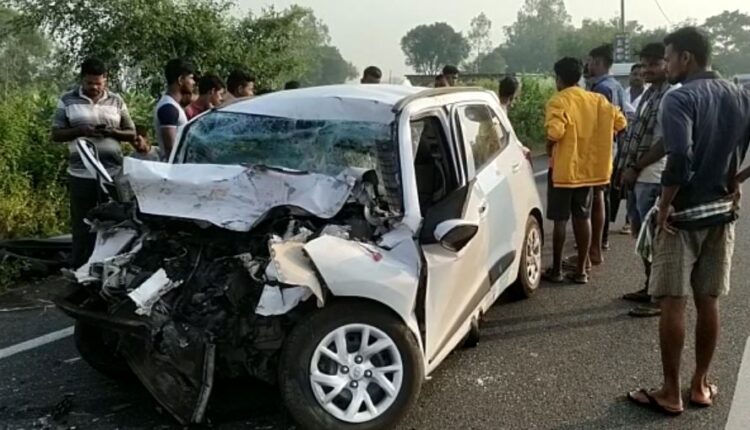 Khordha: A head-on collision between a truck and a car on NH-57 near Panchukote in Bolagarh area of Odisha’s Khordha district killed three persons, late last night.

Though the identities of the deceased were yet to be established, they hailed from Gandhinagar area of Gujarat, reports said.

According to sources, the trio was heading towards Nayagarh from Bhubaneswar in the ill-fated car, during which it collided against the truck.

The three occupants of the car died on the spot under the impact of the collision. The car bore a registration number of Gujarat.

The driver and helper of the truck escaped unhurt.

On being informed about the road mishap, police and Fire Services personnel rushed to the spot and recovered the bodies from the car which was mangled in the accident.

Police have seized the truck and initiated an investigation into the incident.