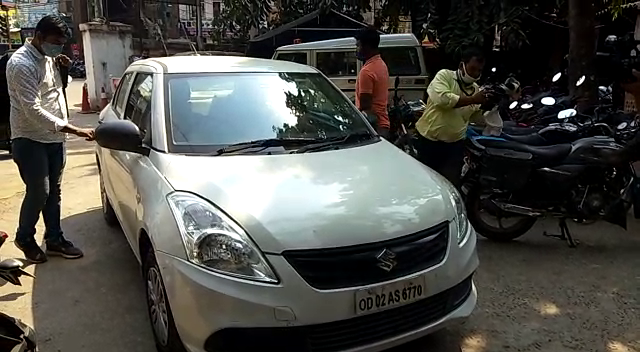 Cuttack: In ongoing probe into Sheikh Hyder’s escape case, Commissionerate Police today seized the car in which the gangster had fled to Telangana from Odisha.

The Commissionerate Police is searching for the two wheeler that was used for Hyder’s escape from the SCB Medical College & Hospital in Cuttack.

According to reports, Hyder had escaped from the hospital on April 10 giving a slip to police.  He had fled on a motorcycle. Midway, a car registered in name of Trilochan Sahoo of Khordha district picked the criminal from Cuttack and he moved to Telangana by road.

Police source said that Hyder abandoned the car after entering Telangana border and as per his plan, he went to Sangareddy district on a two wheeler.

The gangster was nabbed by the police in Sangareddy district on April 15 evening while he was riding a motorcycle with a pillion. He was brought back to Odisha in a flight on April 16 morning. He was produced before the JMFC Court in Cuttack that allowed the Commissionerate Police to take the gangster on a 7-day remand for interrogation into his escape case.

However, the police kept Hyder in an isolation ward of the Choudwar Circle Jail as he tested positive for COVID-19. If his health condition deteriorates, he will be shifted to the SCB Hospital for treatment.

Meanwhile, the Commissionerate Police has arrested three more suspects including a woman in connection with escape of Hyder. Earlier, three persons including Yakub, who had supplied biryani to the gangster just hours before his escape from the hospital, were arrested.