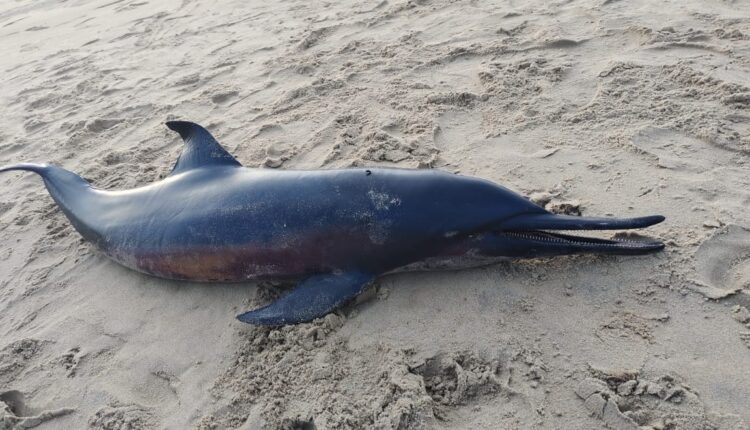 Paradip: Carcass of a rare dolphin known as long-snouted spinner dolphin (stenella) was found at seashore in Paradip today.

The long-snouted spinner dolphin was found dead on the sea beach near Paradip Port gate number 5.

Source said that some youth had buried the body of the dolphin after finding it dead on the beach.

On receiving information about it, the Kujang forest officials recovered the body and sent it for the autopsy.

The cause of death of the dolphin will be clear after post-mortem, an official in forest department informed.

The stenella dolphins are rarely found in the Bay of Bengal. Such species are mostly spotted in temperate and tropical oceans.

UP ‘tantrik’ thrashes 16-year-old girl with belt, burns her with incense sticks to treat stomach ache