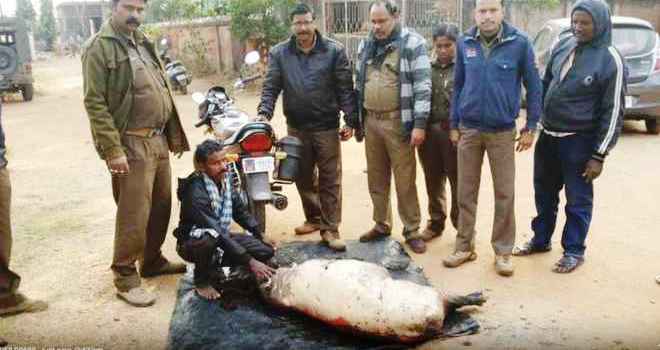 Forest department officials today seized carcass of a wild boar from Banharpada in Odisha’s Jharsuguda district and arrested a person who allegedly hunted the animal.

The arrested was identified as Congress Luhura (36) of Kaban area in Sundargarh district.

According to reports, Luhura was intercepted by the officials at Banharpada when he was carrying a dead boar on his bike to Jharsuguda after killing the animal in a forest in Sundargarh.