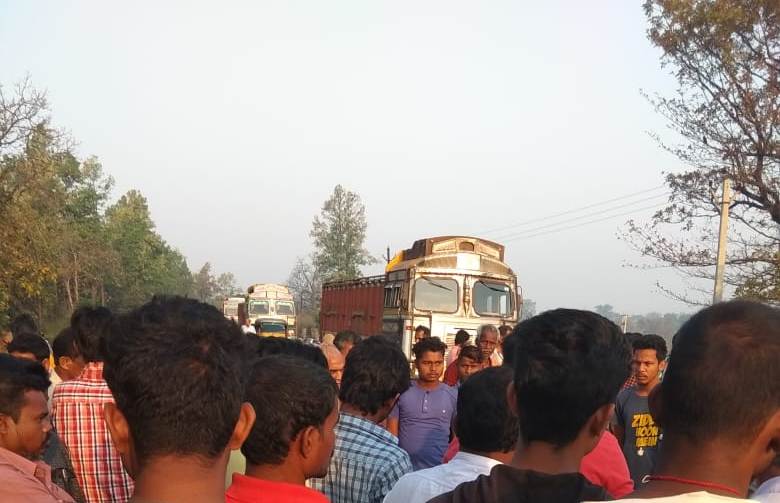 Deogarh: A bullock cart driver was killed after being hit by a speeding truck on NH-53 near Chhatabar under Riamal police limits in Odisha’s Deogarh district today.

The road mishap also left two bullocks critically injured and one of the animals later succumbed to its injuries. Tension erupted at the spot following the incident as irate locals blocked the National Highway demanding compensation for the family of the deceased, identified as Sugriba Sahu.

Hundreds of vehicles remained stranded on both sides of the road due to the road blockade. On being informed, police and district administration officials reached the place and tried to pacify the locals.