Casting couch: Who has the advantage and who is exploited? 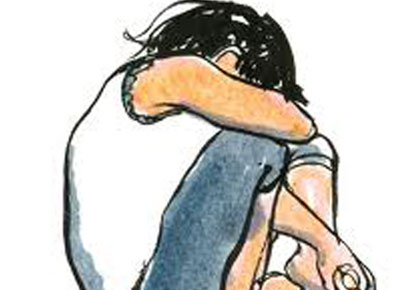 “These are all meaningless”, she said, “The girls narrating these tales are actually no good. They are just using your channel to get cheap publicity.”

“But is it not a crime to exploit an innocent girl by giving her false hopes?” I asked.

“Who does not do it? In these days of mahangai, the only thing available cheap is hope, also the staple diet of we, the poor. Anyone conveniently placed can always give some hope and get what he wants in return,” she countered me.

“But the innocent girls…”

“Please stop showing your sympathy for the girls,” she cut me short before I could finish the sentence. “People who talk of sympathy are actually looters of another kind. They hardly care for the girls or their innocence; they also exploit the situation to gain out of the situation and project themselves as noble men fighting for a great cause.” She was distinctly angry.

She was going on and on and though I bid her to get back to the chores, the question lingered in my mind. Despite, the sweeping generalizations and wild accusations she was making, she had made a point. What exactly is this issue of casting couch? Are we not sidetracking the core issues and whipping up emotions for temporary advantage?

There was a time when girls were not permitted to act in plays or films or other outdoor activities for that matter because the known risks. Now you have girls fighting for their rightful place in the society, competing with men to prove their mettle in every field. The risks were existed yesterday and they are present even today. But understandably, the level of preparedness to face and tackle these risks has improved.

People today, don’t hesitate to adopt any possible means, even the distinctly immoral ones to achieve their objectives. There is hardly any difference between a man and a woman there. It is a question of being street smart and willing to adopt any means, mark the word ANY, for achieving the goals. Moral considerations are baggages that must be shed, if you must win. Because the competition is tough, the opponents have already shed their moral values and the stakes are extraordinarily high.

People who are in advantageous positions, always have the option to exploit the disadvantaged. If some of them did/do not exploit, it is because of the values that are ingrained in their characters either by their family, teachers or because their own righteousness. The problem is that such values are considered useless and regressive by some of the pundits of progress, who are in a hurry to achieve what they want, at any cost. Moral considerations, in this context, are the easiest casualties.

Girls want to progress. But in the present day, an average working girl from a disadvantaged social background is at a great risk. It is just not because of the fact that she is the weaker sex, but because she has nothing more precious to offer in the immediate bargain. Some do make substantial gains by making compromises and once they achieve a position, the past is forgotten. But there are many others, who fail to negotiate the treacherous curves; they slip and fall by the wayside.

We are concerned about the innocent, law abiding individual who has been trapped in such an unfortunate situation. The legal system is too dicey and it is not easy to gather irrefutable evidences in the court, if one is really innocent and has not anticipated such a situation. And in such a case, one turns to the media for help.

But is the media fair? Operating in the same societal environment, the media too is mired by the same evils. They too are in a rat race for viewer rating points. They pick up things only if they are sensational, but drop the matter no sooner it loses the shine. No media can possibly be expected to carry on with a case till it gets justice.

The situation on the whole looks grim. Many innocent disadvantaged girls do, therefore, fight their lone battles. Because the individuals or institutions, trying to help them out, may not be entirely without an agenda. They learn to be careful and build their own safeguards.

My housemaid had a lot more questions that day. But I was not in a position to answer them. She was murmuring to herself, while doing the household chores. Before leaving, she stopped near the door and asked, ‘Will you please take up my case Sir? I am a hapless woman fighting all alone. I too have faced similar situations as I needed a place in the slum in the city. Sitting in an air-conditioned room and discussing topics like this is a routine affair on television channels. Can we really do anything about this to nip it from the bud?”

*The author is the secretary of Aama Odisha. The views expressed in the article are solely those of the author and do not in any way represent the views of www.odishasuntimes.com,

Ties with US not to impact relations with Beijing, Moscow: India