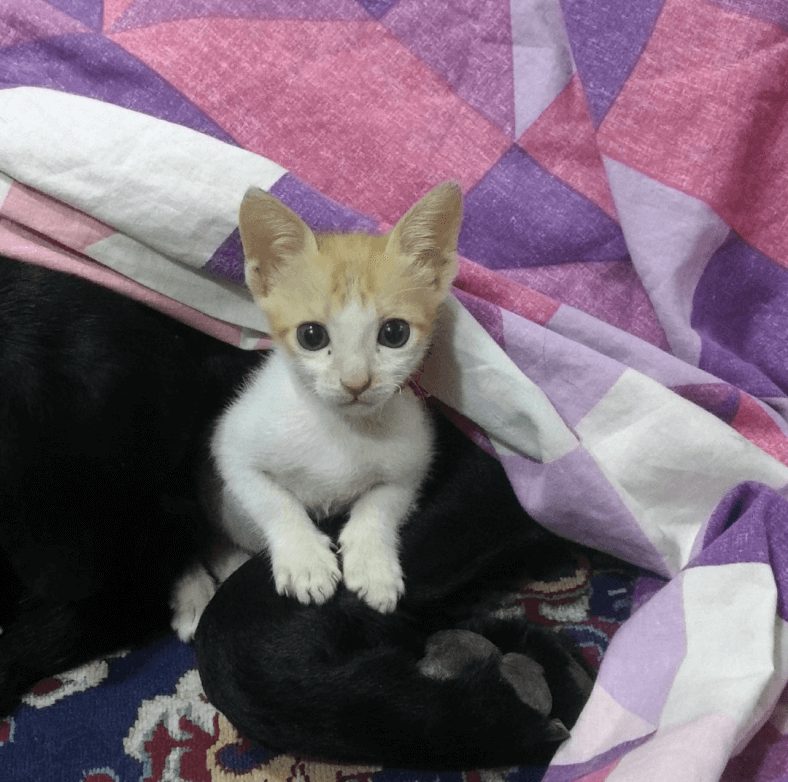 Cuttack: Jhumu, a cat rescued by Simran Karmakar of the city, has made it to the top 10 of ‘Cutest Rescued Cat Alive’ contest by People for the Ethical Treatment of Animals (PETA) India.

After sifting through hundreds of photographs of lovable cats – as well as their rescue stories – the judges of the contest have selected the 10 finalists, including Jhumu, whose guardian is Karmakar.

Karmakar found the hungry and shivering kitten in her backyard. After receiving some warmth and love, Jhumu now has a special place in the family and behaves like a queen.

“She was just about a week old,” Karmakar says, “and I already had a dog, and she made my dog her best friend! She goes for walks with him and sleeps with him.”

“Jhumu is a lucky cat, indeed, and she has returned the favour of being rescued by bringing much love and joy into her guardian’s life,” says PETA India CEO Dr Manilal Valliyate. “All rescued cats are already winners because their lives were saved by people who love them for who they are.”

PETA India is holding the contest to encourage prospective guardians to adopt animals from the streets or shelters instead of buying them from pet shops or breeders, as these facilities often keep animals in dismal conditions and contribute to the homeless-animal overpopulation crisis. Animals in pet shops are also often bought on impulse and discarded when buyers tire of them.

To read all the finalists’ rescue stories and vote for your favourite, visit PETAIndia.com. PETA will select the winner and runners-up based on several factors, including vote count. See the full contest details here. Voting ends on 11 July.

Last year, another cat from Cuttack Baba Ghanush had bagged the second runners-up award in the competition.

Time to learn lessons from success of ‘Baahubali’