Cat loses kitten to save master from cobra in Odisha 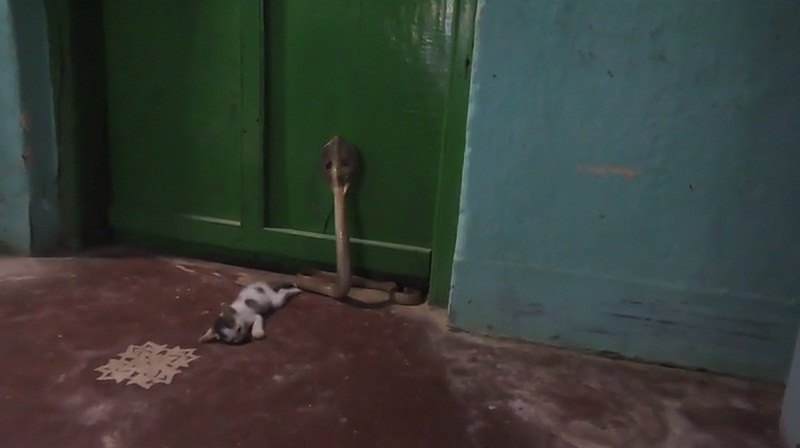 Cuttack: A pet cat turned saviour for its master by fighting with a cobra and preventing from entering the house even after losing one of its kittens.

The incident occurred in Banki area in Cuttack district, on Thursday afternoon when a poisonous snake was hindered by a pet cat and its four kittens to enter the house of Bijay Nanda.

During fight with cobra, one of the kittens died as the reptile stung it. But, the mother cat was not distracted from its goal and continued fight with the snake not allowing entering the house of its master.

The cat along with its other three kittens fought with the cobra for more than one hour. The snake was found near the dead kitten for a long hour to enter the house.

The entire family members of Bijay Nanda were watching the sight, but were helpless to save the kitten from the cobra. They immediately contacted the Snake Helpline members to catch the poisonous snake.

However, the bravery of pet cat and sacrifice of its kitten to save their master have become the talk of town.