Cattle trafficking: At least 20 cows rescued from a train in Odisha 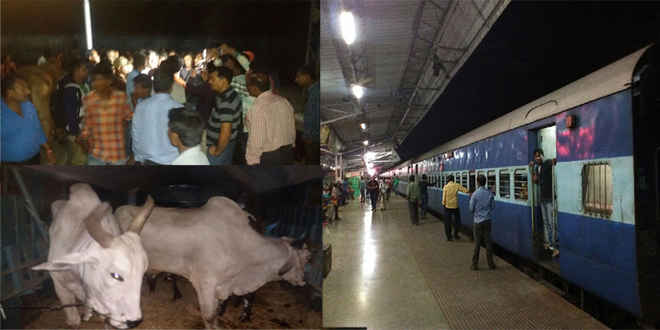 According to reports, activists of Bajrang Dal stopped Amaravati Express at Bhadrak Station over reports of alleged illegal trafficking of cattle.

The alleged reports came true with four bogies found stashed with cattle after a search operation was conducted by the Hindutva activists after halting the train.

At least 20 cattle were rescued from two bogies and rescue operation was on in two more bogies.

The train was detained for over an hour and tension still prevailed till last reports came.

Odisha police and Government Railway Police were trying to control the situation.