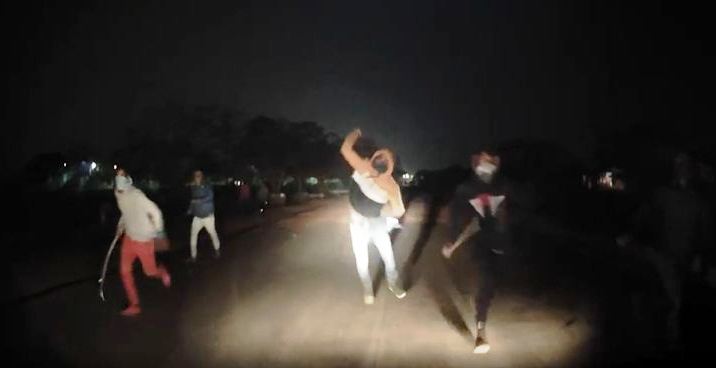 Jajpur: Several miscreants attempted to attack a person travelling in a car near NINL Colony in Kalinganagar area of Odisha’s Jajpur district while the incident was captured on the dash cam of the vehicle.

Caught on camera: Miscreants attempt to attack a person travelling in a car in Kalinganagar area of #Odisha‘s Jajpur district.

The incident was captured on the dash cam of the vehicle. pic.twitter.com/SpIOM6NBhC

Caught on camera! Odisha bizman attacked with rod over…

According to reports, a senior official of a company was travelling in the car on December 18 when five persons intercepted the vehicle around 1.40 am. As the car stopped, they approached the vehicle holding swords with an intention of attack.

Apprehending trouble, the car driver applied reverse gear and took the vehicle away from the attackers. Later, he took another route and managed to escape.

Police have registered a case in this connection and efforts were on to nab the wrongdoers. “The miscreants left the area after the video of the incident went viral on social media. They have been identified and will be arrested soon,” a police official said.