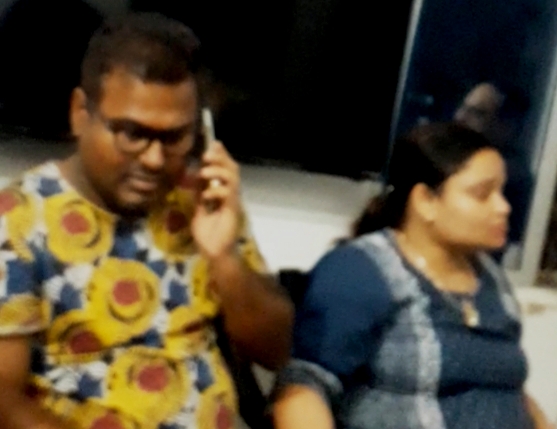 A video of the undertrial prisoner using mobile phone inside the jail has gone viral on social media platforms.

Benumadhab Panda is currently lodged in Soro Sub Jail following his arrest on charges of misbehaving with a woman over a week ago on July 12.

In the video, the accused appears to be dictating terms to a jail official which reflects the neta’s clout in the area.

The politician’s son being extended special care has put the officials in the dock. Besides, the incident has raised questions on the security arrangements in the jail. With this, action on jail officials looks imminent.

It may be recalled here that Benumadhab was arrested over a week ago following a group clash during a marriage procession. In this connection, two persons – Laxmikanta Panda and Hemanta Panda – were arrested.

In the counter FIR, Laxmikant’s wife Banita had alleged that Benumadhab had barged into her house and misbehaved with her. Following the complaint, Benumadhab was arrested and forwarded to court.

“The accused had entered into the house of the complainant in an inebriated state. Following the complaint, the accused has been arrested. We are further probing into the incident,” Prabhas Chandra Pal, Balasore Sadar SDPO had said.

Padmalochan Behera was elected to the assembly from Simulia segment thrice on Congress ticket. He had joined the Bharatiya Janata Party (BJP) last year.