Caught on camera: Man goes missing in sea while playing with son at Puri beach 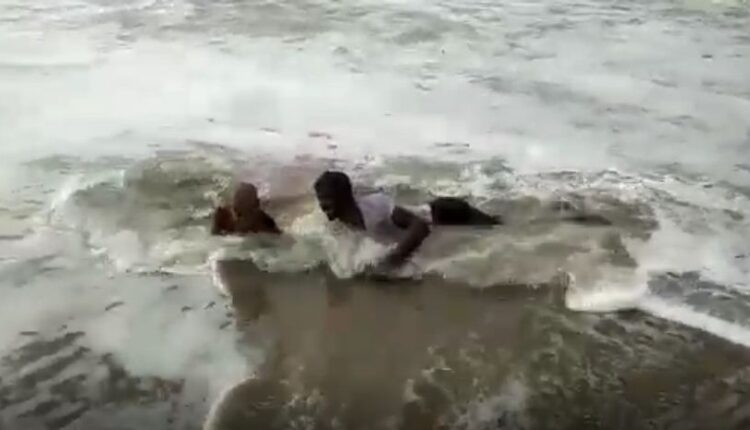 Puri: In a tragic incident, a man went missing in sea while playing with his son at beach in Odisha’s Puri, today.

According to reports, 35-year-old Bansidhara Behera of Balasore had come to Puri with his family members. While taking bath and playing with his son at the beach near Chaitanya Chhak here, he went missing in the sea.

In a video recorded by one of his family members, Behera was last seen running towards the sea and jumping into the water body. He then went missing under mysterious circumstances.

Till last reports came in, efforts were on by Fire Services personnel to trace and rescue him.