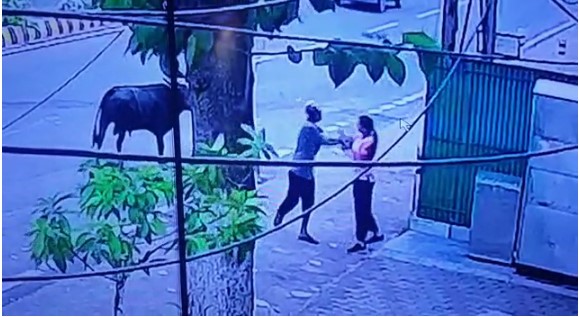 Bhubaneswar: A young woman was attacked with a knife by an unidentified miscreant in broad daylight in Nayapalli VIP Colony of the state capital today.

A CCTV footage of the incident has surfaced where the miscreant can be seen attacking the woman’s neck with a knife before fleeing the spot. The motive behind the attack is yet to be ascertained; however, loot bid is suspected to have led to the incident.

Meanwhile, the injured woman has been admitted to a private hospital for treatment. Police have begun an inquiry into the incident on the basis of the CCTV footage.

No vaccination of people above 18 years in Odisha from June 2!