Caught on camera: Woman thrashed, kicked in public in Bhubaneswar 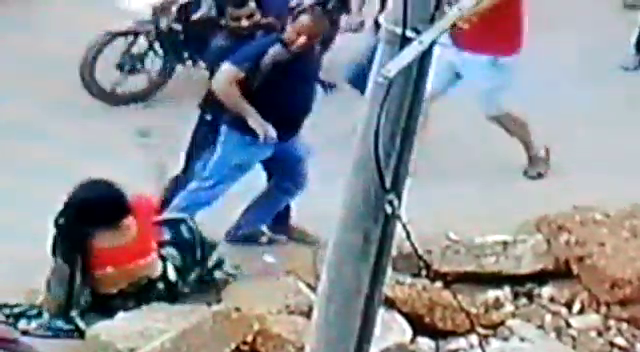 Bhubaneswar: In a shocking incident, a woman was manhandled and kicked by a group of miscreants in public in broad daylight near Bindusagar area here yesterday.

A CCTV footage of the incident shows the woman identified as Sabita Sethi (38) being thrashed, manhandled and kicked by six to seven people in full public glare. Shockingly, the passersby turned mute spectators instead of intervening and rescuing the woman. However, police later arrested two persons in this connection.

As per the complaint lodged at Lingaraj police station today, Sabita’s family had a dispute with members of Taranga Club since long.  Yesterday evening, when Sabita went to drop her son to his tuition classes, a club members came in inebriated condition and started hurling abuses over the old land dispute. They also pelted stones at her house,

Sabita, a resident  of Bindusagar Road in Old Bhubaneswar, also alleged that  “the anti-socials also attacked my father and uncle besides abusing them in filthy language..”