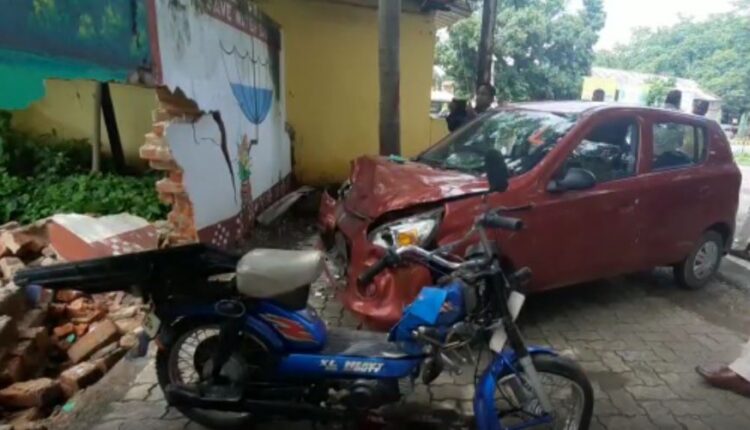 Sambalpur: In a shocking incident, a lawyer allegedly tried to run a car over his father-in-law and brother-in-law at Kacheri Chhak in Odisha’s Sambalpur district, today.

The accused, identified as Panchanan Dash, was nabbed by passersby who thrashed him before handing him over to the police. He was later arrested on the basis of a complaint lodged by his wife Chinmayee with the Burla police.

The District Bar Association has suspended the membership of Dash.

On the other hand, Soumya Ranjan Dash, brother-in-law of the accused, sustained critical injuries in the incident and was hospitalised.

As per the woman, her husband used to thrash her on being told by his family members to do so. She had lodged an FIR in this regard at the Burla police station in January, this year.

She has been staying at her father’s place with her two children for the last six months after the dispute with her husband.

Chinmayee had today gone to the office of the Burla Bar Association to resolve a matter related to the dispute, during which her husband committed the offence in a fit of rage.

“He initially tried to run the car over my father. Fortunately, he had a narrow escape. Moments later, he dashed the car against my brother leaving him grievously injured,” the woman said.

The victim, after being hit by the car, fell onto the bonnet of the vehicle which then rammed into the boundary wall of the SP’s residence. A portion of the wall broke and collapsed under the impact of the collision.

Kidney transplant at AIIMS Bhubaneswar to start from August 2022

All aircraft should be released for use only after certifying licence: DGCA