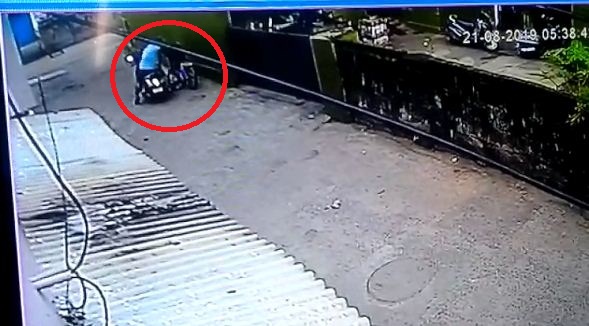 Bhubaneswar: In yet another incident raising serious questions over the safety of girls and women in capital city Bhubaneswar, a man allegedly molested a minor girl while she was on her way to attend tuition classes.

The incident took place in Laxmi Sagar area here on August 21 and was captured on a CCTV camera. Though the family members of the girl lodged a complaint with police on the very day, cops are yet to apprehend the accused.

Caught on CCTV: Close shave for bus passengers as truck falls off bridge in Odisha

According to reports, the girl was heading towards a coaching centre on a bicycle early morning when the accused, who was riding a scooter, intercepted her and initiated conversation. Later, he molested the girl on the road. The victim raised an alarm, following which he fled the spot.

Additional Police Commissioner Sanjay Singh said a case has been registered in this connection and investigation is underway. Action will be taken against the accused, the official added.

Dead woman carried on cot for non-motorable road in Odisha