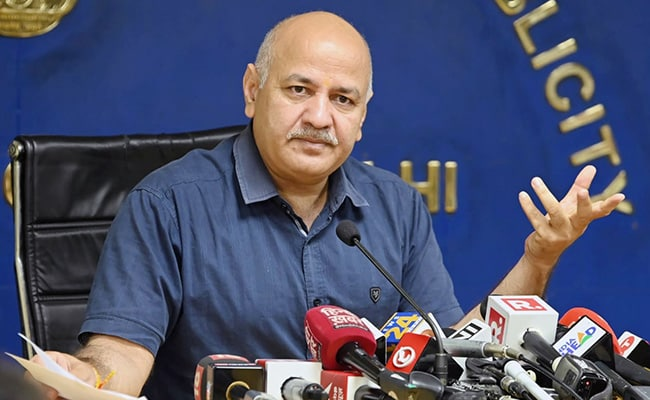 Sisodia is all set to join the investigation at its headquarters here by 11 a.m.

Chief Minister Arvind Kejriwal took to Twitter and said that the summon was nothing but a tactic to stop Sisodia visiting from the poll-bound Gujarat.

Sisodia had also accused the CBI after receiving the summons.

“They conducted 14 hours raid at my house, they didn’t find anything. They searched my locker nothing was found there too. They went to my village but returned empty handed. Now they have called me to join the investigation. I will go to the CBI’s headquarters to record my statement. I will be there by 11 a.m. I will cooperate,” Sisodia had tweeted on Sunday.

The CBI is likely to ask him questions about the changes made in the excise policy.

“The CBI can ask why they waived off Rs 144.36 crore. Why was the waiver given on a tender license too,” said a source.

The Delhi Police imposed section 144 outside Sisodia’s house. On Monday, a number of police personnel were also deployed to avoid untoward incidents in case of protest by the AAP workers.

The CBI has made Sisodia accused number one in its FIR. The CBI’s FIR has been lodged under sections 120-B (Criminal Conspiracy) and 477-A (Falsification of accounts) of the IPC. The allegations against Sisodia is that liquor businessmen were allegedly given exemption of Rs 30 crore. The licence holders were allegedly given extension according to their own will. The policy rules were made by violating excise rules.

It also said that Sisodia and a few liquor barons were actively involved in managing and diverting the undue pecuniary advantage collected from liquor licensees to public servants, who have also been accused in the case.

As of now the CBI has made two arrests in the case.

Last Monday, the CBI had arrested Hyderabad-based businessman Abhishek Boinpally in the case. His name was cropped up during the course of investigation. He was called to join the investigation, but he was not cooperating in the questioning and was allegedly trying to mislead the CBI.

“Boinpally was not named in the FIR,” said the source.

Vijay Nair, the Jor Bagh (Delhi)-based businessman was the first one to be arrested by the agency. After him the Enforcement Directorate (ED) arrested Sameer Mahendru who is an alleged associate of Nair.