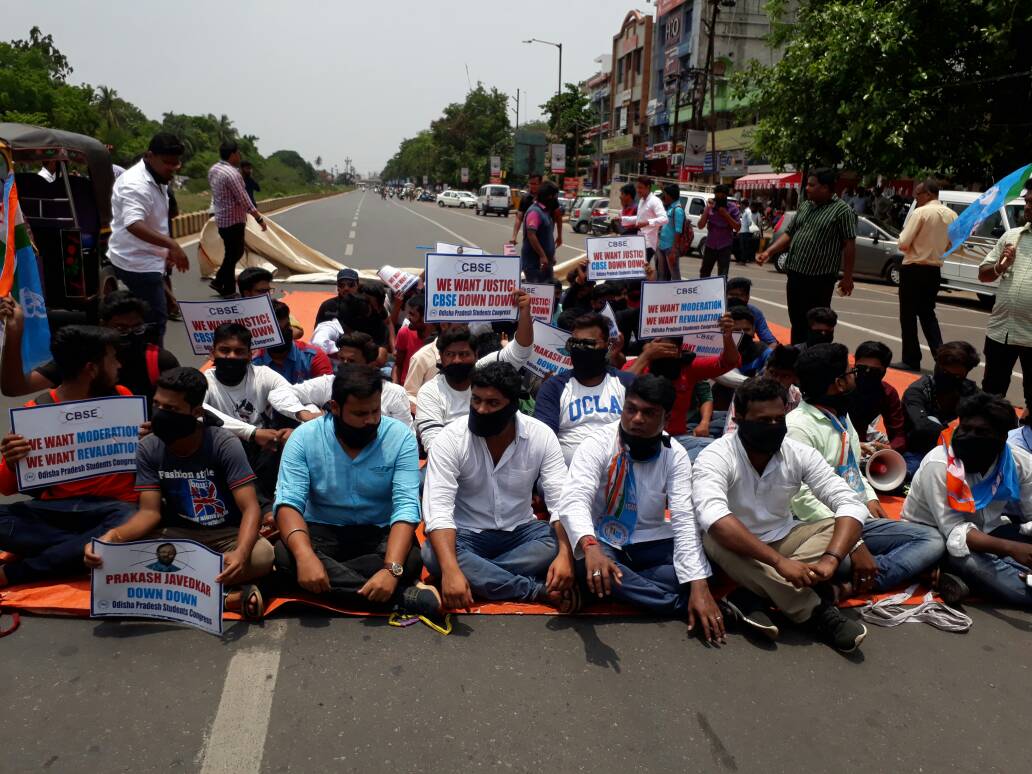 Protesting the ITER fake placement incident and discrepancies in the publication of CBSE Class-XII results in Odisha, the Students’ Congress today took out a motorcycle rally from Congress Bhawan here and tried to gherao Naveen Nivas, residence of Odisha Chief Minister Naveen Patnaik.

According to reports, the members of Students’ Congress took out the bike rally from party’s state headquarters at Master Canteen here to Sishu Bhawan Chhak.

A scuffle ensued between police and Students’ Congress members at Sishu Bhawan Chhak as the latter tried to move towards Naveen Nivas to gherao it but were stopped by the cops.

They later sat on road near the junction wearing black badges and resorted to sloganeering demanding re-evaluation of the answer sheets.