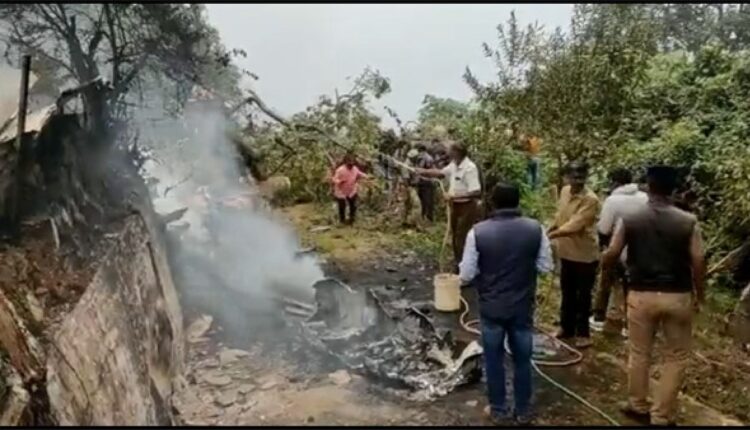 Chennai: The Special team constituted by the Defence Ministry to conduct an investigation of the helicopter crash at the Kattari park area near Coonoor in Nilgiris, which claimed the lives of Chief of Defence Staff General Bipin Rawat, his wife, and 11 other armed forces personnel, is continuing its investigation.

The team led by Air Marshall Manavendra Singh has deployed drones over the crash site to unearth the weather conditions and the reason for the crash.

With the flight data recorder already recovered, the team will be conducting a detailed technical evaluation on the same and provide a report to the defence ministry.

However, sources in the Air Force told IANS that if there are any difficulties in deciphering the pen drive in the flight data recorder, the team will seek the expertise of the Russian defence team as the MI 17v 5 Helicopter that crashed at Coonoor was made in Russia.

The Air Force special team that is investigating the details of the crash was given a mandate for a full proof investigation and not to leave out any angle regarding the crash.

On Wednesday, the IAF helicopter with 14 persons on board, including General Rawat and his wife, took off from Sulur air base and crashed minutes before it was supposed to land at Coonoor. Group Captain Varun Singh, the Directing Staff at the Defence Services Staff College in Wellington, Tamil Nadu, is the lone survivor of the ill-fated chopper.