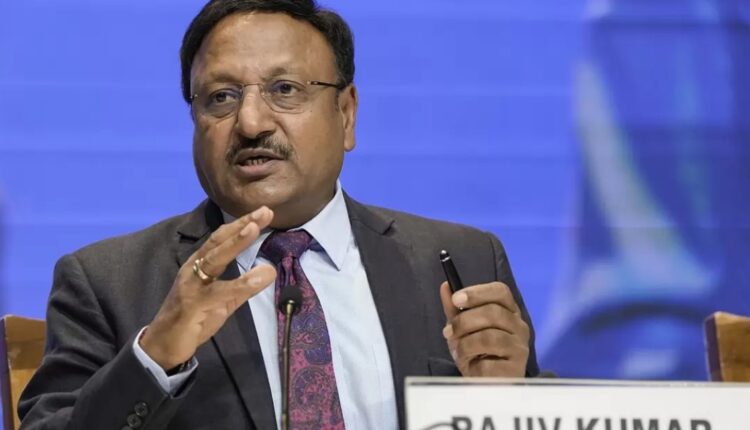 Stage is set for the Federal and Provincial elections to elect 275 members of the Federal Parliament and 550 seats of the seven Provincial Assemblies in Nepal.

Rajiv Kumar will be leading a delegation of ECI officials as state guests in the neighbouring nation from November 18 to November 22. During his visit, Kumar would be visiting Polling stations at Kathmandu and areas around.

According to officials, the Election Commission of India (ECI) also has a similar International Election Visitors Programme where members from other election management bodies are invited to experience the general and Assembly elections held periodically.

They said that the ECI has always been at the forefront with fellow Election Management Bodies (EMBs) and relevant international organisations in promoting the cause of democracy worldwide, through bilateral as well as multilateral interactions.

ECI’s India International Institute of Democracy and Election Management (IIIDEM) has by far trained more than 2200 officers from 109 countries of whom 70 officers from Nepal have also been trained as part of capacity building initiatives.

A capacity building program for 25 officials from the Election Commission of Nepal is also scheduled to be held between March 13-24, 2023 at IIIDEM.

Representatives from Election Commission of Nepal participated in the recently held International Conference hosted by ECI on Conference on ‘Role, Framework & Capacity of EMBs’ in the national capital.

The ECI would be hosting two more International conferences on the theme of “Inclusive and Accessible elections” as also “Technology in elections” as part of Cohort activities under “Summit for Democracy – Year of Action”.