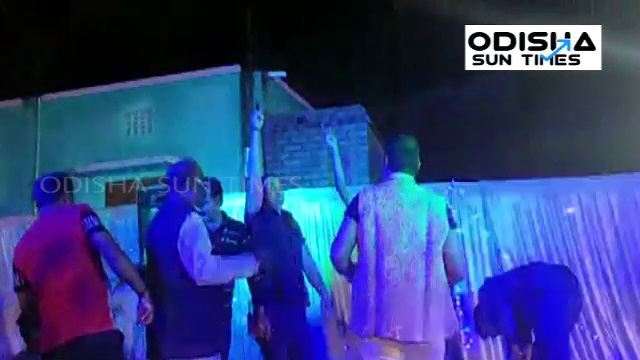 Puri: Seems like the celebratory firing culture, which is very often seen in Uttar Pradesh, Bihar and other north Indian states, is making its way into Odisha – a video of the incident has gone viral on social media.

In the video, two personal security guards of a renowned businessman in Odisha’s pilgrim town Puri were found firing around seven rounds in the air while dancing on the stage at a function under Town Police limits yesterday.

The businessman was seen making quirky dance moves with others including his four bodyguards at the private function.

In the video, one of the security personnel was found firing four rounds of gunshots in the air out of amusement and continued shaking legs with others on the stage. Later, another security guard started firing three rounds in the air.

The businessman was also found dancing on the stage holding a pistol.

Sources said, the local police has taken cognizance of the incident and a probe has been initiated to examine whether the private security personnel had licensed firearms.

Worth mentioning, gun culture is nothing new to the Holy town. There have been several incidents of shootouts in the major tourist destination of the state. Senior Biju Janata Dal leader and former MLA of Puri Maheswar Mohanty was also shot at in 2014.