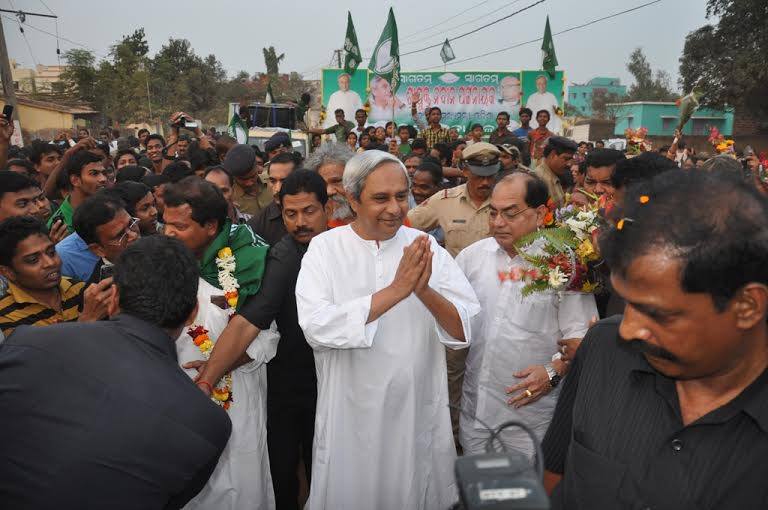 “Where were the Central leaders when Cyclone Phailin, Hudhud, Titli and even drought hit Odisha? Now it’s election time, they are visiting the State seeking votes,” he said.

Prior to setting off for the 60-km roadshow from Berhampur as part of the campaign trail for the ensuing polls beginning April 11, Naveen hit out at the Bharatiya Janata Party (BJP)-led Centre for negligence and failure to keep promises made for Odisha.

He accused Centre of neglecting Odisha, whether it be natural disasters or granting special category status to the State.

“Where is special category status? Where is women’s reservation Bill? Where is farmers’ insurance? Why did not Odisha receive any cooperation and help from Centre, he asked saying, “Now the top BJP leaders are shedding crocodile tears. They are coming during elections and forgetting Odisha after elections.”

He said that the Centre had never stood by people of Odisha when they were facing the wrath of nature during and after a series of cyclonic storms that devastated the State.

He cornered the Centre over its failure to grant special category status to Odisha and keeping reservation for women in Lok Sabha and State Assemblies.

“Why Centre discontinued scholarship scheme meant for ST/SC students? Where is 10 crore employment to youth in 5 years?” he questioned.

Speaking about State’s most talked-about farmer’s scheme KALIA, he said, “Around 40 lakh farmers have been benefited so far and 20 lakh more have been added to the list in Odisha.”

Naveen embarked on the hi-tech campaign from the business capital of south Odisha in a specially designed customised bus. The roadshow will culminate at Rambha.