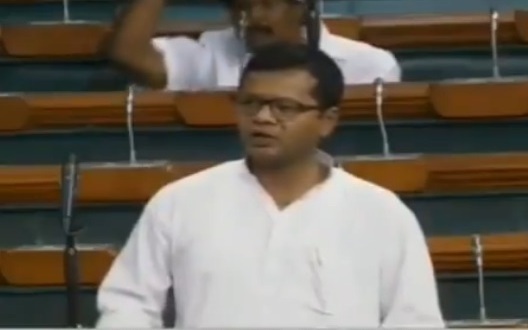 New Delhi/ Bhubaneswar: Koraput MP Saptagiri Ulaka took up the issue of the lack of professors at the Central University of Orissa and met Union Human Resources Development Minister Dr. Ramesh Pokhriyal at the Parliament in this regard .

The newly elected parliamentarian also wrote to the union minister seeking attention of the Centre to remedy the situation and stated that, even after ten years of its constitution, the central university in Koraput district is facing shortage of professors.

Koraput is one of most poorest and backward regions of the country and this university is the sole institution in the less educationally developed KBK area of the state, that can be accessed by students for quality higher education.

“Central University of Orissa in Koraput is the only university in India, where there is no single professor. As against 154 sanctioned posts of teaching staff, the varsity has only one associate professor and 14 assistant professors for its 14 departments,” he wrote.

He further informed the minister that 23 professor, 42 associate professor and 72 assistant posts are currently laying vacant and urged the minister to mitigate the issue of insufficient staff.