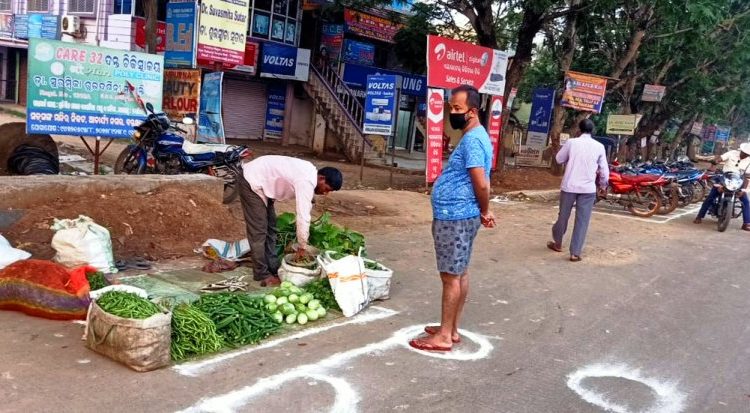 New Delhi: The government on Friday allowed opening of shops as part of the easing of lockdown restrictions announced on April 15 with neighbourhood shops and others being allowed within the city and all shops except those in malls allowed outside the municipal limits with 50 per cent strength of workers.

No shops have been allowed to open in multi-brand or single brand malls.

On April 15, the government had notified the industries and commercial establishments which can open in certain zones where there are no or less coronavirus cases.

These relaxations are given by the state governments depending on the situation in a particular area.

In a modification of the earlier order, the Ministry of Home Affairs has replaced the term “shopping complexes” with “market complexes” within the limits of municipal corporations and “municipalities”.

Shops have been allowed outside the city limits except those in malls with 50 per cent workforce while wearing of masks has been made compulsory.

Among the inclusions are shops registered under the Shops and Establishment Act of the respective states and UTs, including shops in residential complexes and market complexes, except shops in multi-brand and single brand malls.

These have been allowed outside the limits of municipal corporations and municipalities, with 50 per cent strength of workers, making wearing of masks and social distancing mandatory.

The other inclusion is the smaller shops in the neighbourhood areas and residential areas which are now allowed to operate within the city.

It includes all shops including neighbourhood shops and standalone shops, shops in residential complexes, within the limits of municipal corporations, registered under the Shops and Establishment Act, except shops in market complexes and multi-brand and single brand malls, with 50 per cent strength of workers. As mentioned, wearing of masks and maintaining social distancing norms are mandatory.

This order has been sent to the Chief Secretaries of the states and administrators of the Union Territories and is in continuation of the guidelines for the enforcement of lockdown.

This order carries out amendments in the order issued on April 15, which detailed which industries and commercial establishments can open with safeguards.

One reason could be that if the industries open, the retail end of the supply chain has to be available for consumption purposes. It will also aid gradual pickup in the economic activities.