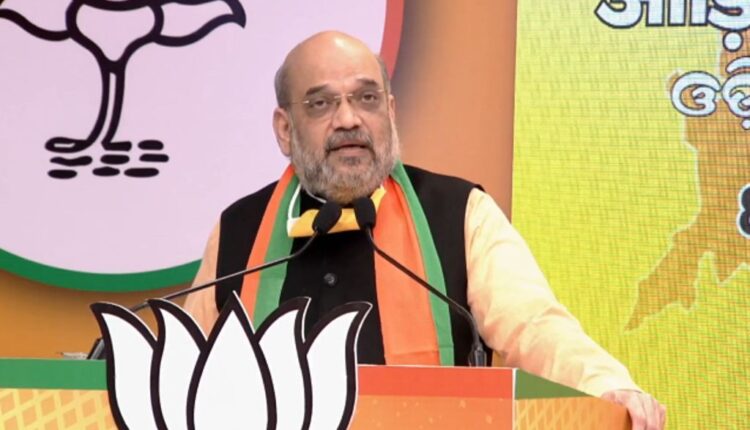 Bhubaneswar: Proclaiming about the conviction of Modi government at the Centre to make Odisha a developed State, Union Home Minister Amit Shah said the government is working towards a goal to ensure labourers from Odisha do not go outside the State in search of work.

Speaking at a ”virtual rally” for people of Odisha, Shah said the Modi government is committed to make Odisha ‘a developed one’ and this is possible only when the State becomes a fortress of the saffron party.

Taking jibe at Congress, Shah said the State was being neglected during the regime of Congress at the Centre. During the 13th Finance Commission, Odisha received only Rs 79,486 crore funds. However, after Narendra Modi came to power Odisha has been allocated around Rs 5,52,109 crore fund in the past five years. “This shows our commitment towards making Odisha’s development,” he said emphatically.

The Rs 20 lakh crore package announced by the Centre will benefit farmers and small and medium enterprises in Odisha. The decision to hike MSP of agriculture commodities will also benefit the State, he said.

The BJP leader said all states have done a good job in the battle against COVID-19 pandemic which the Central government has jointly fought with them.

He also strongly defended the Central government over the migrant crisis, saying everyone was anguished by their pain but their safety was a top priority for the Centre.

Two staff of DRDO test positive for COVID-19 in Odisha