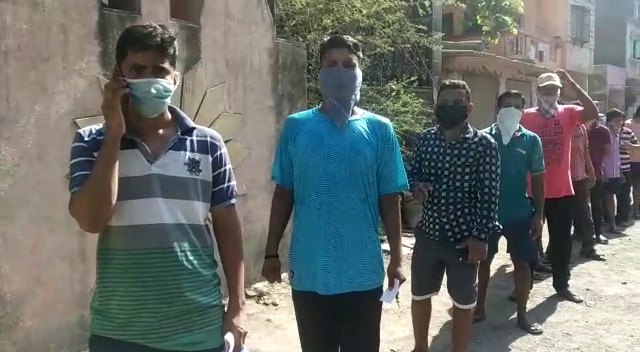 New Delhi: The Centre has launched an online dashboard to monitor and facilitate the smooth movement of migrant workers and their contact-tracing during lockdown across the country.

In a communication to all states and union territories, Home Secretary Ajay Bhalla said the central government has already allowed the movement of migrant workers by buses and Shramik Special trains to enable them to travel to their native places.

He said to capture the information regarding movement of migrants and facilitate the smooth movement of stranded persons across the states, National Disaster Management Authority (NDMA) has developed an online dashboard namely, National Migrant Information System (NMIS), on the existing NDMA-GIS portal.

Bhalla said the portal will maintain a central repository and help the sending as well as receiving state and district to ask for and give their acceptance in an online format seamlessly.

“This system will help in speedy communication between states without creating additional work at the level of the field officers.

“It has additional advantages like contact tracing, which may be useful in overall COVID response work,” he said.

The states can upload batch file of individual data on the portal. As many states have already collected migrant data, this can be integrated through Application Programming Interface (API).

The key data pertaining to the persons migrating has been standardised for uploading such as name, age, mobile no, originating and destination district, date of travel etc which states are already collecting.

The letter said the states will be able to visualise how many people are going out from where and how many are reaching destination states.

The mobile numbers of people can be used for contact tracing and movement monitoring during COVID- 19.

A unique ID is generated for each migrant, which can be used for all transactions.

The government of India nodal ministries can also monitor the movement of migrants though this portal.

“I urge upon you to use the online portal NMIS for capturing the information on movement of migrants and for better inter-state co-ordination,” Bhalla said.

Movement of migrant workers during lockdown has become a humanitarian crisis with thousands of them were seen walking on roads and railways tracks ignoring government pleas to stay back at the place where they are.

At least 16 such people were mowed down by a goods train in Maharashtra while at least 25 others were killed in road accidents in different parts of the country.