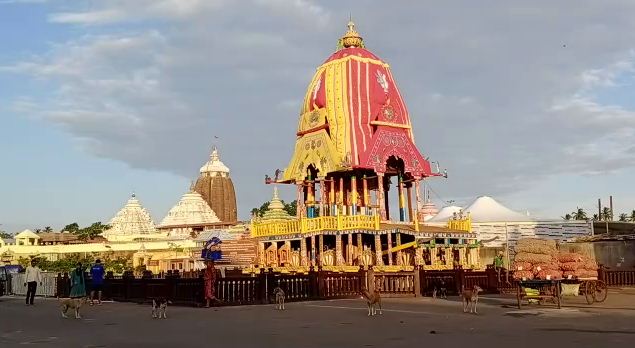 Bhubaneswar: Odisha’s Principal Resident Commissioner Sanjeeb Kumar Mishra today filed an affidavit in the Supreme Court on the behalf of the State Government seeking conduct of Ratha Jatra in Puri without “public attendance”.

“If the Rath Yatra is confined to Puri alone in a limited way without public attendance as proposed by Gajapati Maharaj of Puri, Chairman of the Puri Jagannath Temple administration, the State Government will endeavour to make necessary arrangements to conduct the Rath Yatra accordingly,” the Principal Resident Commissioner stated in the affidavit.

Odisha: Ratha Jatra-2020 to be documented

The Supreme Court’s order of disallowing Puri Ratha Jatra had come on a plea by an NGO seeking direction to stay the holding of the festival. The plea filed by NGO Odisha Vikas Parishad claimed that presently the entire nation including Odisha is facing an unprecedented situation due to Covid-19, where the lives of the common people are at a huge risk.

On the other hand, the Centre today also sought permission from the apex court for conduct of the festival. Solicitor General Tushar Mehta appearing for the Centre mentioned the matter before a bench headed by Justice Arun Mishra and said the tradition of centuries may not be stopped.

If Lord Jagannath will not come out tomorrow, he cannot come out for 12 years as per traditions. While maintaining the precautions to ensure that pandemic is not spread, the Odisha Government can impose a curfew for a day, he said. He also suggested that the Ratha Jatra can be telecasted live

The Centre also sought modification of the apex court’s June 18 order which stayed the festival.